Krakow is not only a city of history but also a place rich in cultural events. Every year houses the city Over 500 cultural events with 2 million viewers. There are also about 60 in Krakow Museums, more than 30 theaters, 70 galleries and many other cultural institutions. Unique cultural events, including new productions and festivals based on the Polish Card for years.

It includes such famous international events as the Misteria Paschalia, Sacrum Profanum. NETIA Off Camera, the Divine Comedy Theater Festival. Other Famous Cracovian festivals are the Jewish Culture Festival, International Street Theatrical Festival and the Krakow Night Row where even the Night of the Museums takes place Theater Night, Cracovia Sacra Night. 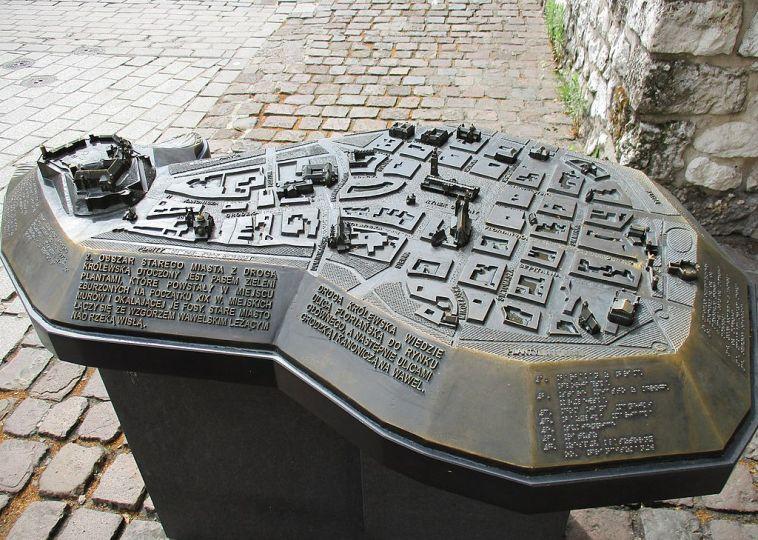 The King’s Road is the ceremonial route that kings and other celebrities walked through Krakow when the city was Poland’s capital. The Gothic Florianska gate of about 1300 and, since 1499, the mighty Barbican before her (both have completely survived with the adjacent city walls and towers). From the gate, Florianska Street, as always Krakow’s busiest, leads to the central square.

The road ends at the foot of the Gothic basilica of the Virgin Mary from the 14th century, the most famous church in the city. In the southern corner of the square is a small 11th-century church: the St. One block down Grodzka Street, a square is flanked by two large temples from the 13th century. 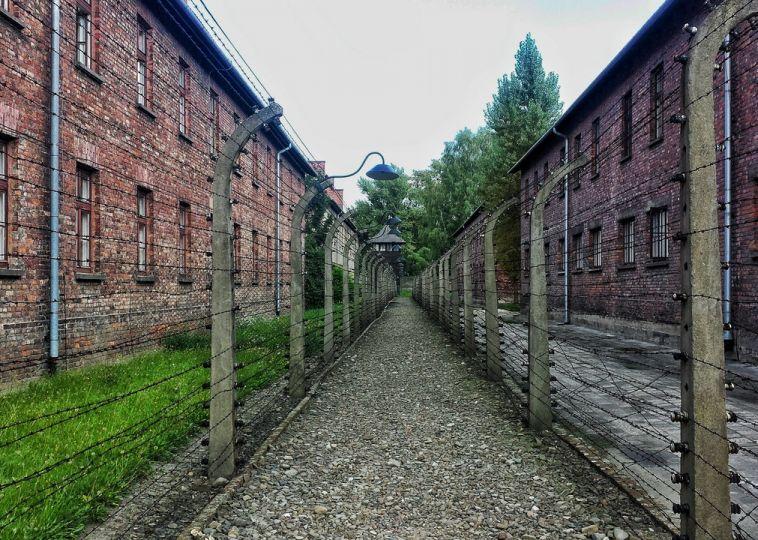 The Auschwitz Birkenau Memorial and Museum is the resting place of some 1.5 million people. As the site once served as a concentration camp and extermination site for the European Jewish community during the Second World War. Today, Auschwitz-Birkenau is an important historical area where visitors can contemplate the great horrors of genocide.

This is a grim place to visit (to say the least) and proper ceremony and respect are required on the museum grounds. Although you can arrive independently, guided Auschwitz tours can provide better education and understanding as well as insights from a tour guide. Discover the history of Auschwitz on a full-day trip to Krakow’s Auschwitz-Birkenau complex in Oswiecim. 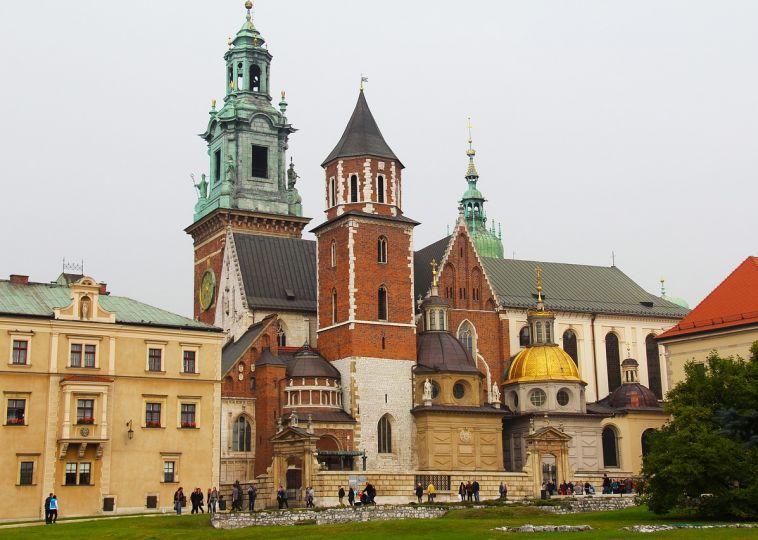 The glorious Wawel Ensemble, perched on the hill of the same name just south of the Old Town. Symbolizing national pride, hope, autocracy and, not least, fierce patriotism, Wawel offers a unique Polish version of the British Buckingham Palace and Westminster Abbey, rolled in one. Wawel, a beautiful collection of predominantly Romanesque.

Renaissance and Gothic architecture from around the 14th century is the crown jewel of Krakow’s architectural treasures and requires visitors for both Poles and foreigners alike. Poland’s ancient royal seat contains a wealth of riches in its heavily fortified walls that can not help but inspire. The castle and the cathedral, of which the first. 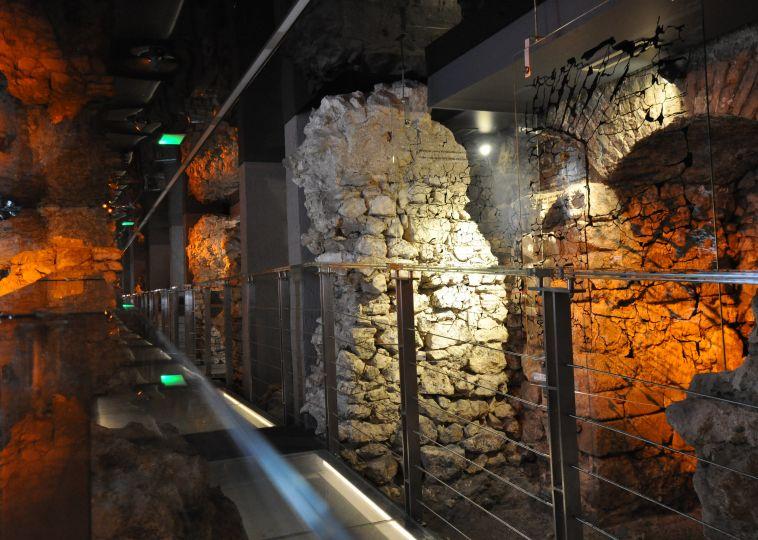 Rynek Underground is an underground route between several medieval market stalls and other spaces below the Krakow’s Market Square. Rynek Underground is one of the most visited museums in Poland, so if you want to go, book your tickets in advance. Exhibited and much information about the history of Krakow’s main square, the Cloth Hall and St. Mary’s Church.

The museum is well-organized with fascinating information and exhibits of old Krakow discovered under the present-day old main square. This museum, also known as The Old Market Underground or Rynek Underground, arose from an archaeological excavation on the main square in 2009. These remains were incorporated into an underground museum along with a reconstruction of a merchant’s stall and a workshop. 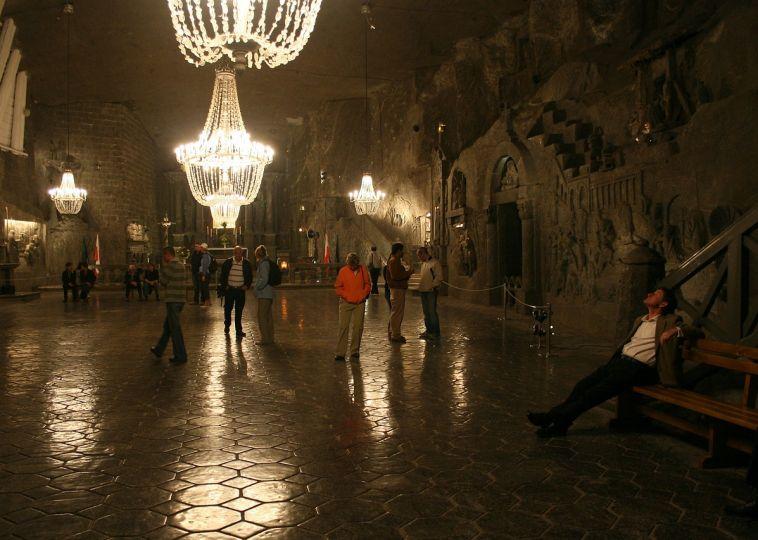 In 1978, the Wieliczka Salt Mine was declared a World Heritage Site by UNESCO and first discovered in the 15th century. The city of Wieliczka in Poland is home to one of the oldest salt mines in the world, which produced salt from the 13th century to 2007.

The mine, popularly known as the “Subterranean Salt Cathedral of Poland”, is 327 meters deep and nearly 300 kilometers long with numerous underground galleries. These labyrinthine galleries have various rooms and chapels carved in salt with beautiful sculptures that reflect the history of the quarry.