The vast country of China has many picturesque places, beautiful landscapes and historical places, making the nation the third most visited country in the world. The efficient transport systems, comfortable restaurants and dishes also become the best part of the tourism industry in China.

Ever since the world discovered China through the writings of adventurer Marco Polo more than 700 years ago, we have regarded this tremendous Asian country as the embodiment of everything mysterious and exotic. Even now, after decades of economic growth, this vast country has lost none of its fascinations. 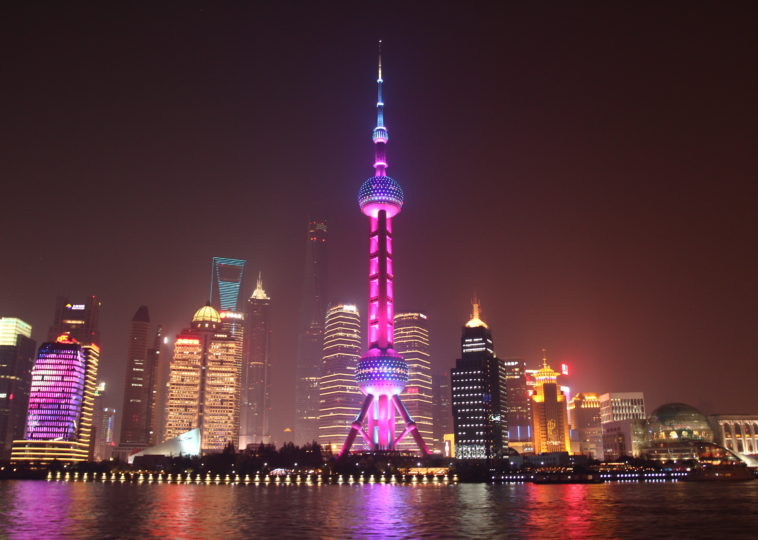 Oriental Pearl TV Tower becomes the main attraction in Pudong among tourists. This 468-meter television tower is the second tallest television tower in China known for its unique architectural style. The tower consists of three large and five smaller spheres, larger s [here at the top of the tower known as a room module.

The second ball of the tower at 259 meters from the floor provides a glass-bottom viewing platform to explore the Shanghai sky, which will be the most exciting experience to get from Shanghai city. China’s third tallest skyscraper, the Jinmao Tower, located next to the Oriental TV Tower, offers an observation deck on the tower’s 55th floor and offers spectacular city views. 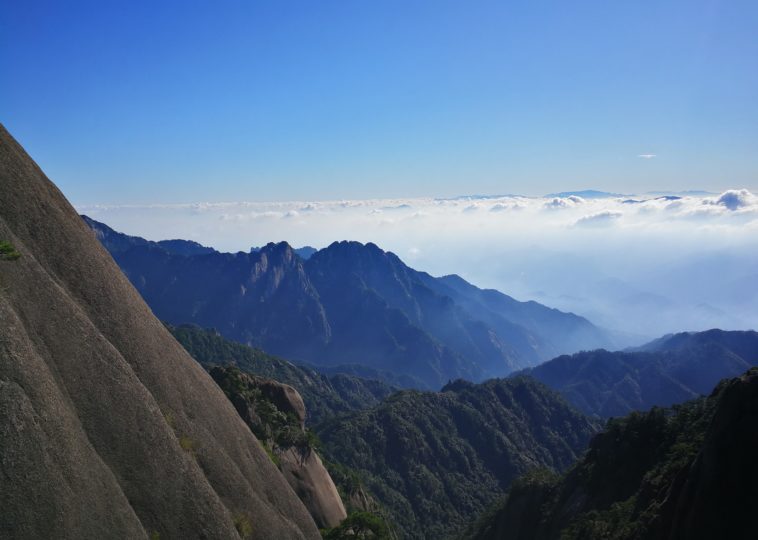 Yellow Mountains are located in Anhui Province in eastern China, standing at an altitude of 6115 feet. The hot springs, pine stress, clouds, winter snow landscapes and oddly shaped rocks are the main attractions that can be experienced in the yellow mountains. Yellow Mountains are also a UNESCO World Heritage Site. There are 140 different sections open to tourists in yellow mountains.

Hiking becomes a popular activity in yellow mountains. The safe steps built on the cliffs of the yellow mountains also allow tourists to explore the beauty of the surrounding places. There is also a 39-foot-high 8-meter stone called the flying rock, balanced on a comparatively slight ledge, one of exciting sight on yellow mountains. 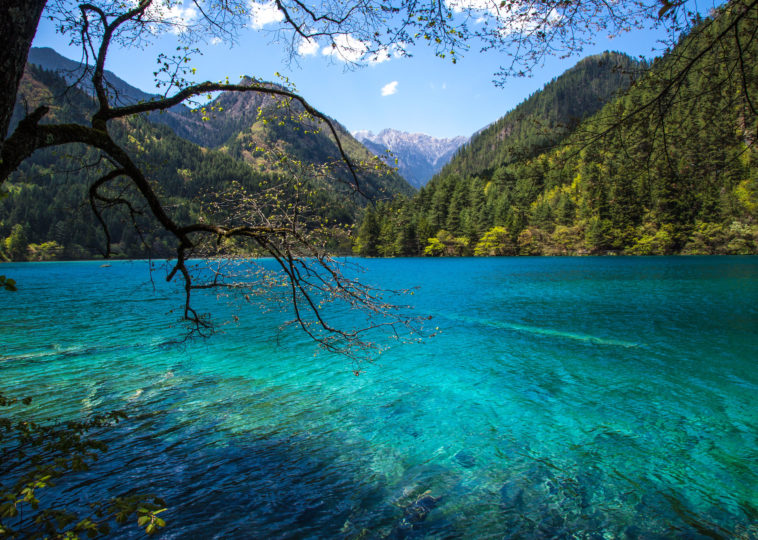 Jiuzhaigou Valley is a nature reserve and national park in Sichuan, nature reserve, also listed as World Heritage. This valley is top-rated for its colored lakes, multi-story waterfalls, snow-capped peaks. Jiuzhaigou can be visited year after year, in autumn, the whole valley and lakes make brilliant coloring.

There are three central valleys in Jiuzhaigou, Rize Valley, Zechawa Valley and Shuzeng Valley, forming a Y shape on meetings. Jiuzhaigou valley also includes 114 lakes in total and several waterfalls have different colorations of the water. The green-blue color of the water of the lakes is also visible in the winter season. 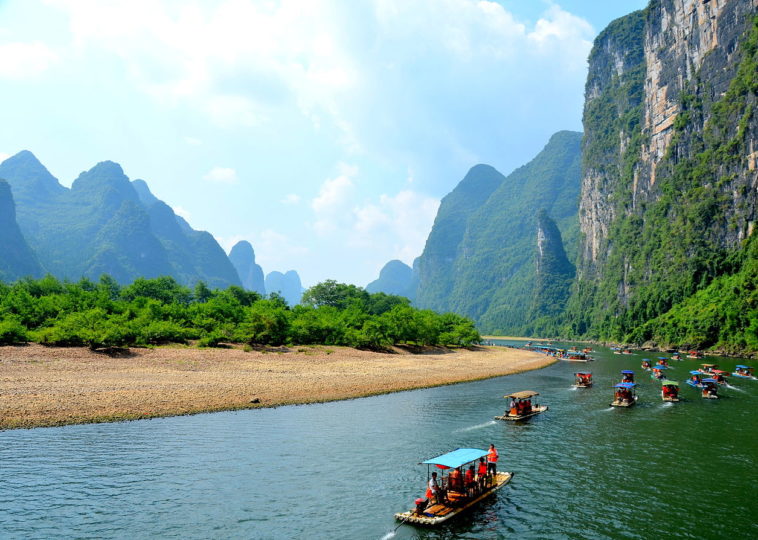 The Li River flows through the Guangxi Zhuang region in China. The spectacular river views make it one of the best water wonders in the world. Li River cruise is one of the most popular tourist activities in the country. The river trip begins in the Guilin area and ends in Yangshou, over 83 kilometers.

The tourist can see beautiful landscapes, rolling hills, cliffs, caves and forest on both sides of the river. The experienced guides will share fascinating stories about different river attractions with tourists during the river cruise. 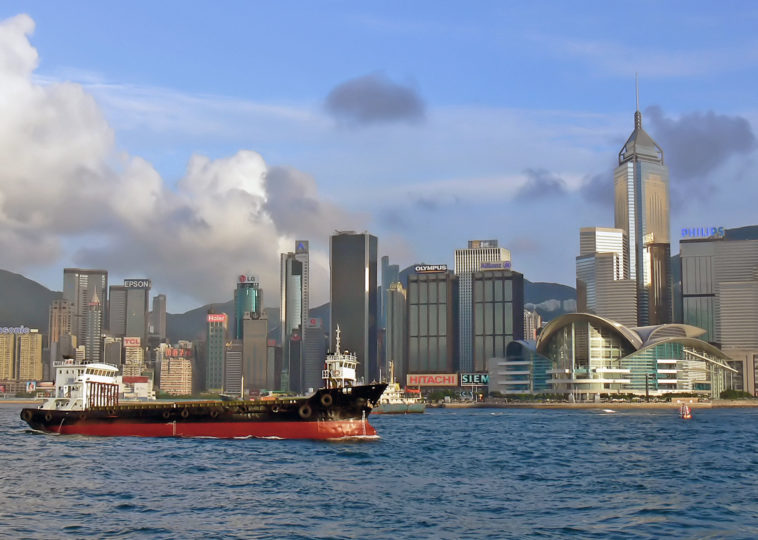 The third-largest port in the world, between Hong Kong Island and the Kowloon Peninsula. It is the most popular tourist attraction in the city of Hong Kong, known for its spectacular panoramic views.

The light symphony in the port of Victoria at night with 40 skyscrapers is one of the best that can be experienced from Hong Kong, in 2005 it was included in the Guinness Book of World Records as the world’s largest permanent light and sound show. The night cruise at Victoria Harbor becomes the best way to experience the Symphony of Lights. 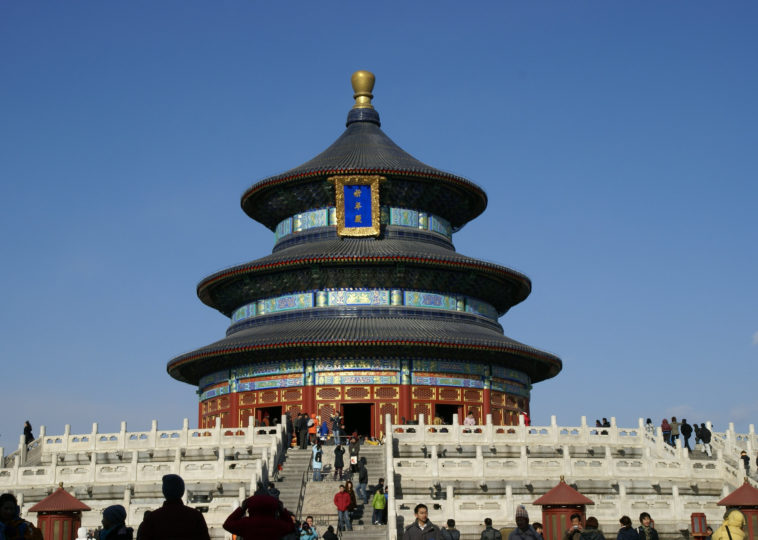 Very popular for its architectural design, another world heritage in the country. It is also found as a Taoist temple, one of the religious traditions of China, a perfect example of the Ming Dynasty’s imperial architecture. The Temple of Heaven was built between 1406 and 1420 by Emperor Yongle to worship Heaven annually for a good harvest. 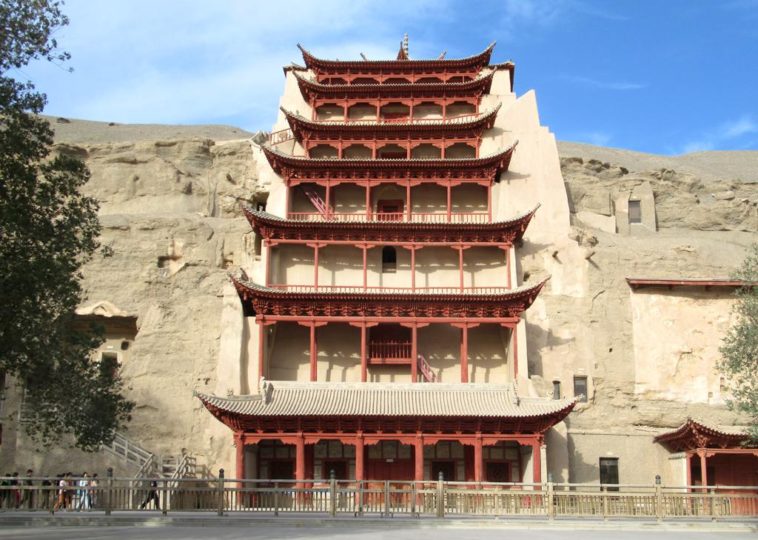 Mogao Caves, also known as Caves of a Thousand Buddhas, is located in Dun Huang of western China. There are approximately 600 preserved caves in the network of Mogao caves, of which only thirty are open to the public. These caves encompass many Buddhist arts spanning 1000 years or more.

The first part of the Mogao Caves was carved in 366, from the vision of Buddhist monk Le Zun to the construction of thousands of Buddhas on the site. In earlier times, Mogao caves became a place of meditation and had become a place of pilgrimage in later centuries. 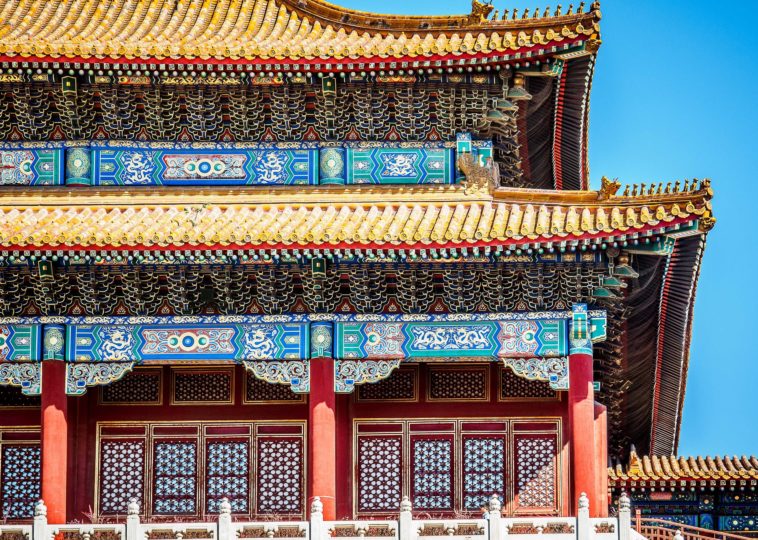 It is also known as the Imperial Palace, the largest palace in the world, in Beijing. The entire complex of the forbidden city extends over an area of 183 hectares, consisting of 980 buildings with a total of 8707 rooms.

Forbidden City holds the most extensive collection of old wooden structures in the world, listed in the UNESCO World Heritage Site in 1987. Forbidden City attracts more than 10 million visitors every year. Construction of the forbidden city began in 1407 by Emperor Zhu Di and took fourteen years to complete.

The Great Wall of China 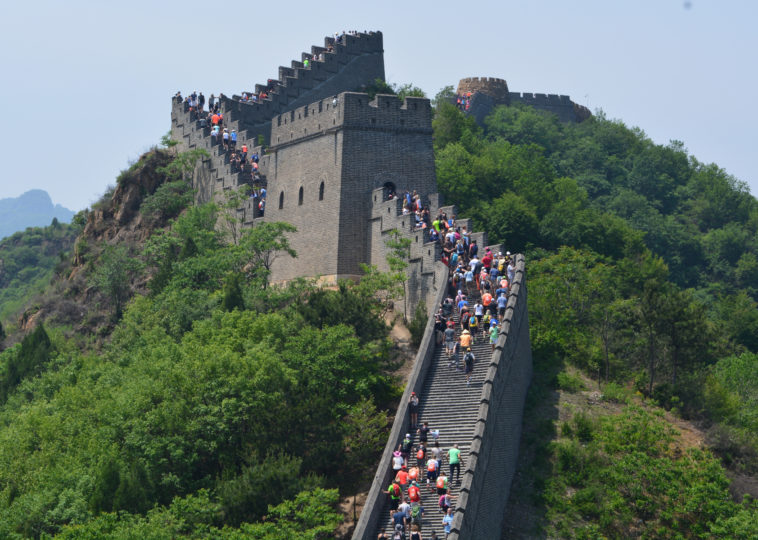 It is a discontinuous network of walls built to protect the borders of China. The Great Wall has a total length of 8,850 kilometers, including the length of the trenches and defense barriers. Great Wall of China was built by different dynasties of China in different centuries.

The first part of the Great Wall, built between 220 and 206 by the first Chinese emperor, Qin Shi Huang. Stones, wood, manipulated earth and brick are the primary materials used for the construction of massive walls. The height of the large wall measured up to 25 feet and 15 to 13 feet wide.