The UNESCO-protected old town, on a crescent-shaped meander in the Garonne, also demands your attention, with its unusual quays and squares from the 18th century and fabulous townhouses made of a beguiling honey-colored stone. The fact that Bordeaux like Mecca for wine lovers is certainly what drew us to visit this city and worship at the altar of some of the best wines in the world.

You don’t have to tell them that there is a world of renowned castles and smaller wineries to find and visit. There are always new attractions and there is no shortage of excellent restaurants, pétisserie, bars or cafés to rest your tired feet. The only problem is to narrow down what exactly you can fit into your Bordeaux trip.

The Cradle of Christianity The basilica of Saint-Seurin dates back to Gallo-Roman Bordeaux and the 6th century, although the church we see today dates from the 11th century and complements it until the 18th century. Including the Notre-Dame de la Rose chapel dedicated to the Virgin Mary and the pipe organ in the 18th century.

The crypt dates from the fourth century and was discovered in an accident during excavations. UNESCO declared Saint-Seurin a World Heritage Site in 1998 as part of the monuments along the Way of St. One of the really interesting things about Saint-Seurin basilica is that you can visit the ancient crypt to see the Merovingian marble sarcophagi. 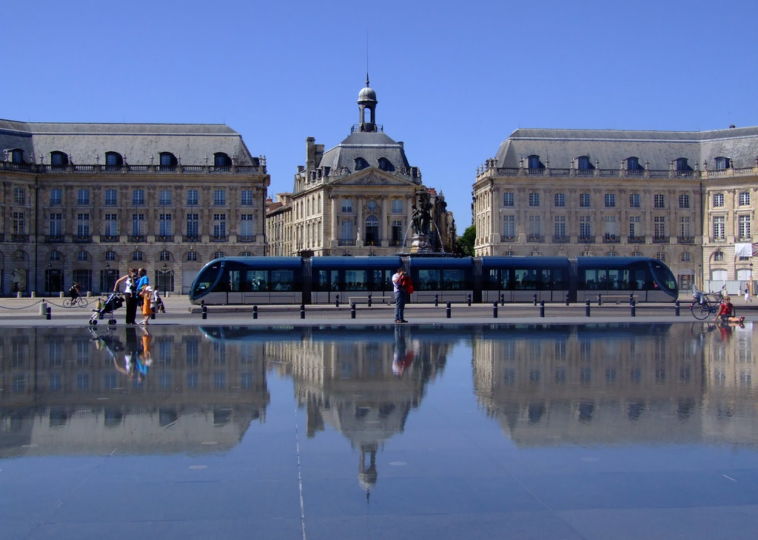 Bordeaux is home to the largest reflective pool in the world, Miroir d’Eau. It is across the street from 18th-century Place de la Bourse, the symbol of Bordeaux. The water level quickly became a favorite place for locals and tourists alike to cool off on a hot summer day.

Children are always seen in it while running and splashing, there are often salsa dances on both sides and it is a popular meeting place for lovers. The water runs through a programmed sequence of 3 minutes of fog, 3 minutes of mirror and 10 minutes of pool. It is a contemporary UNESCO World Heritage Site and the most photographed place in Bordeaux.

Picnic in the Jardin Public The Jardin Public was designed in the French style by Jacques Ange Gabriel and inaugurated in 1746. The garden was built in an area where the country was not considered suitable for growing high-quality grape views and was intended to give the Bordelaise an open space to relax from the city.

It was redesigned in English style around a central pond in 1856 and is as we see the Jardin Public today. You can bring a blanket and have a picnic, relax with a book, or maybe play a game of petanque. Just like an arrow from the Grand Theatre in the north down to the Place de la Victoire, the Rue Sainte-Catherine is the longest pedestrian zone in Europe. This is not for you: the street is always bustling with activity. In February and July, sales will go up again, although provisional stands will be set up on the street.

The upper part of the street has all the usual international brands, while the lower you go, the younger and bohemian the street becomes. Rue Saint Catherine, 1.2 kilometers long, is the longest pedestrian area in Europe. It runs from the Grand Theatre on Place de la Comedie to the thermo column on Place de la Victorie. It wasn’t just grapes that had been growing here in Bordeaux since Roman times; Back then wild oysters grew in the Arcachon Basin. Although only a fraction of France’s annual oyster production comes from the Arcachon Basin, 60% of the oysters eaten in France come from the 350 oyster farms here.

All farmers are small farmers and the oysters are not sold or exported to supermarkets. And the fact that the oysters are sold directly to people and restaurants keeps their costs down. You can visit many of the farms that sell their oysters fresh so you can sip on a small terrace right there.