Weathering and erosion lead to the formation of many geological wonders on Earth. Like a patient artist, nature carved a large number of breathtaking rock formations around the world, taking millions of years to create through the action of wind, rain and other natural forces.

Given the vastness and variance of the continental United States, it should come as no surprise that there is a multitude of interesting rock formations with it. Here are some of the most fascinating that the nation has to offer thanks to millions of years of erosion, soil movement and natural forces, the earth has many seemingly impossible rock formations. 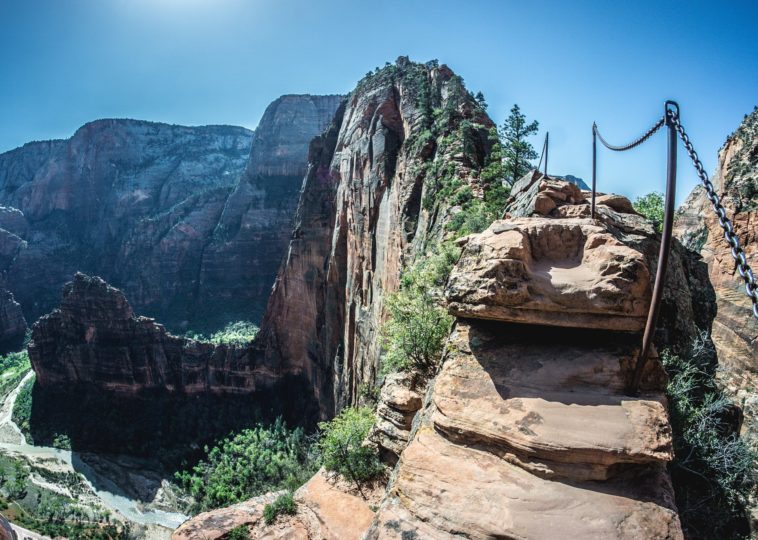 Angels Landing, formerly known as the Temple of Aeolus, is a 454 m high rock formation in Zion National Park in southwest Utah. A path cut into solid rock in 1926 leads to the top of the Angels Landing and offers a view of the Zion Canyon.

Angels Landing is one of the defacto classic hikes in Zion and one of the most breathtaking viewpoints you’ll ever experience, but it’s not recommended for anyone with a fear of heights. Angels Landing is a unique fin-like mountain formation that protrudes into the middle of the main canyon. 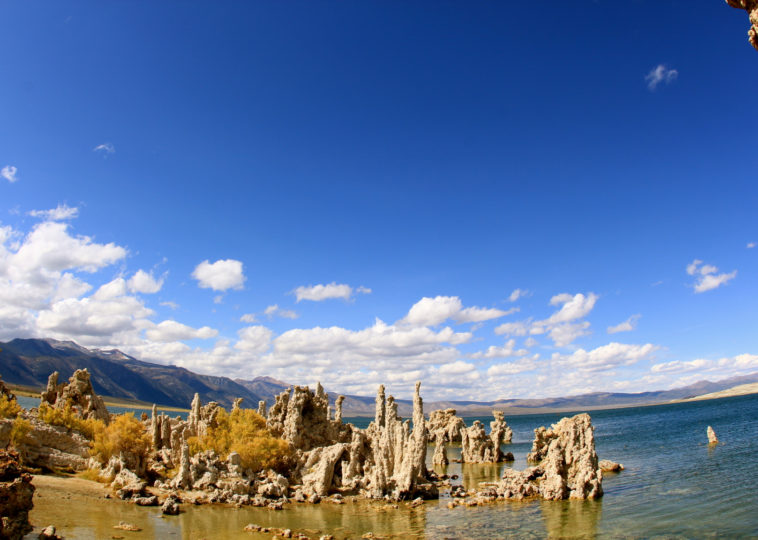 This unusual rock formation can be found in Mono Lake, the shallow saltwater lake in California. Mono Lake has a high concentration of salt and no discharge into the ocean. The underwater source of this lake is enriched with calcium. Mixing carbonates in the lake with calcium from the source causes a chemical reaction and limestone formation.

It took several decades for these precipitates to form and tuff towers to develop. These limestone towers are 30 feet tall in an unusual shape. Only species survive within the saltwater of Mono Lakes are brine shrimp. Millions of migratory birds also visit Mono Lake annually. 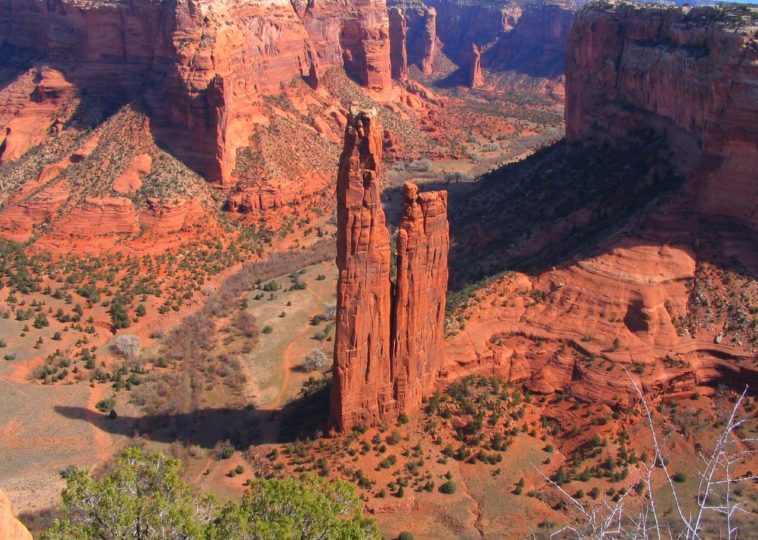 Spider Rock is one of the remarkable sites in Canyon De Chelly National Park in northeastern Arizona. This red sandstone is 750 feet high. It is the last remnant of the erosion process of creek and slope, which makes the gorges ever deeper and wider.

According to the mythology of Navajo culture, Spider Rock was once the home of the Spider Woman who protected people from evil and kept the peace on this land. It is also used as a threat to children who are told that if they do not behave, Spider Woman will come down from their rock and take bad children away. 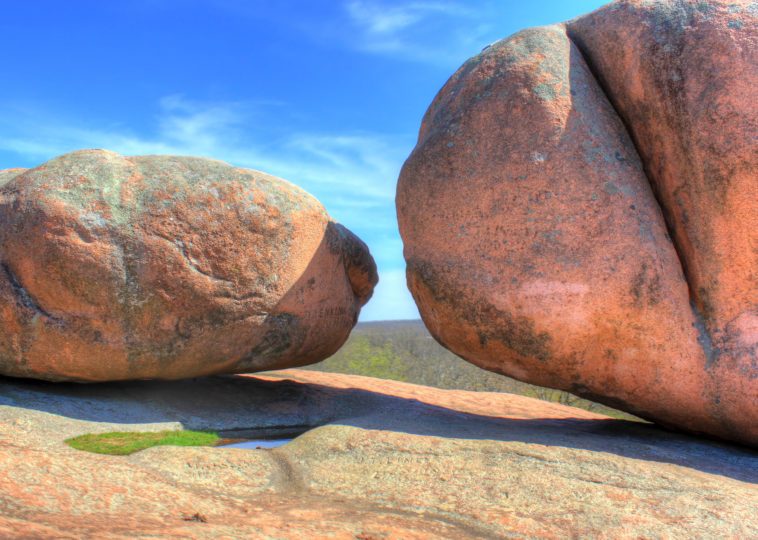 Elephant Rocks State Park in central-eastern Missouri is home to huge boulders that scientists say are 1.5 billion years old. These huge rocks look like a train of elephants strung together as the park got its name. Visitors can climb to the top of these boulders for a breathtaking view of the surrounding landscape.

An easy way to see the rocks is from the Braille Trail, which was specially developed for people with visual and physical disabilities. The path winds through the main area of the rocks. An off-road extension leads back to the ruins of an old railway engine house, a remnant of the area’s quarry and railway history. 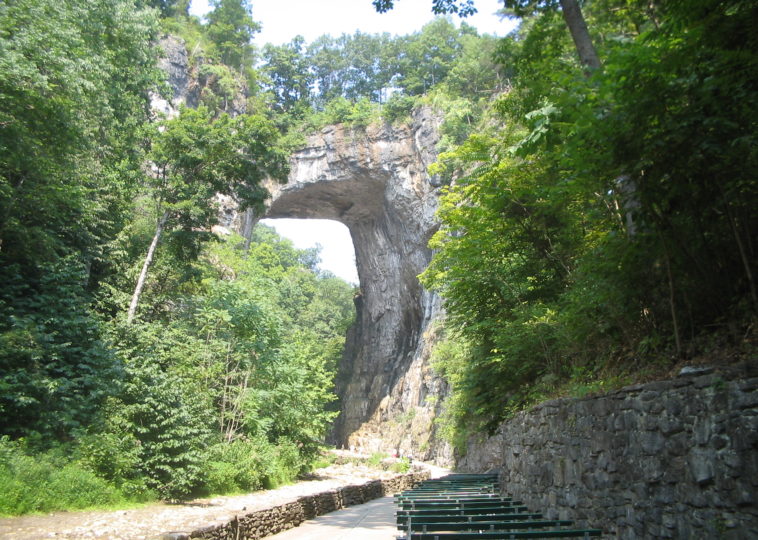 It is a natural limestone arch in West Virginia. The US 11 Highway also runs over this natural Virginia bridge. Across the nation in Central Virginia is an equally fascinating, if somewhat less exotic formation known as Natural Bridge. As the name suggests, Natural Bridge is a 250 ft natural arch that forms a kind of bridge over Cedar Creek.

Geologists believe that the bridge is probably the last remnant of the roof of a cave or tunnel through which the stream flowed. Carved its way through the limestone that composes much of the surrounding mountainous terrain. It is one of the major tourist attractions and historical landmarks of Virginia. 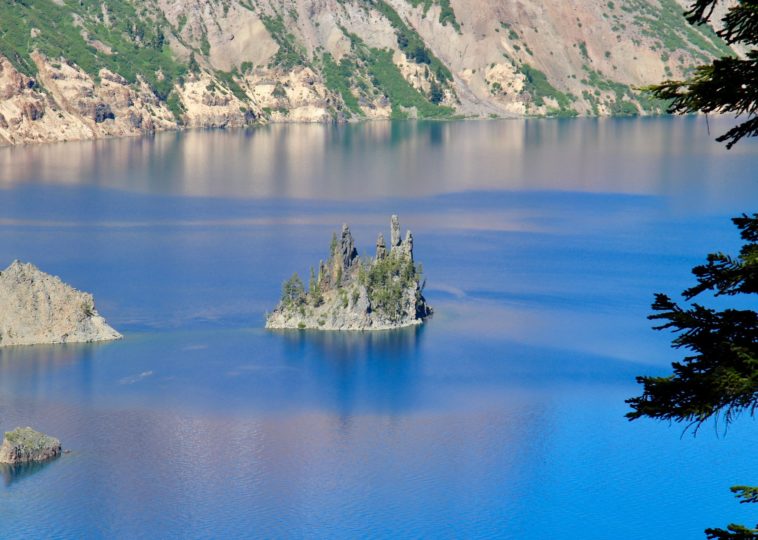 Phantom Ship is a landmark on Crater Lake in Oregon. Viewed from Rim Road, this rock formation will capture the imagination of both teenagers and adults alike. Especially if you visit the park on a foggy day, the island’s andesite peaks resemble a pirate ship. Amazingly, several trees grow on it.

There are few trees on the island, but they include nine species of conifers. The island was founded almost 400,000 years ago and spoke of the volcanic history of the region. The rock has been altered by hydrothermal activity caused by the volcano slumbering under the park.