Aside from places of worship, churches also represent the iconic architecture of a country. Many churches look like heaven on earth, will be the most beautiful tourist attraction. Because of their place in society, churches have long had the wealth and power to preserve history and to finance creative, often extravagant works of art. 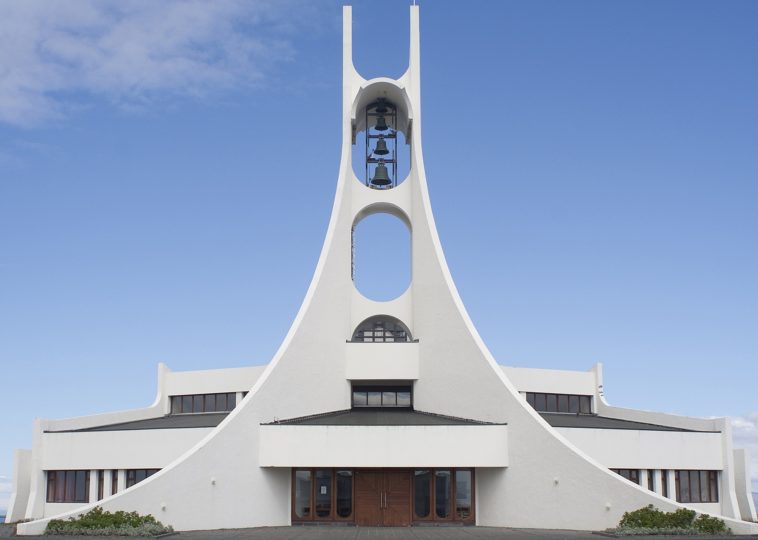 This church is located in the Icelandic city of Stykkisholmur. Visitors can find exceptional architectural styles and designs within the church, remaining the finest attraction of both the seas and the land. The two sweeping arms that lead to high bell towers make the church more attractive. Stykkisholmur Church was built in 1980 in a modern design. 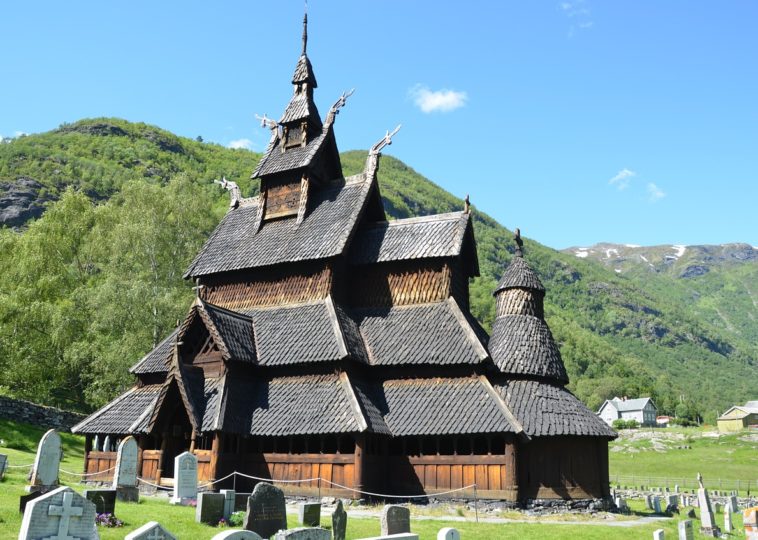 It is one of the oldest surviving stave churches in Norway, located in the village of Borgund. The name of this church is derived from the style of its wall. Seven different types of inscriptions have been discovered from this church, including an inscription that reads Ave Maria. This medieval stave church is of great global importance. 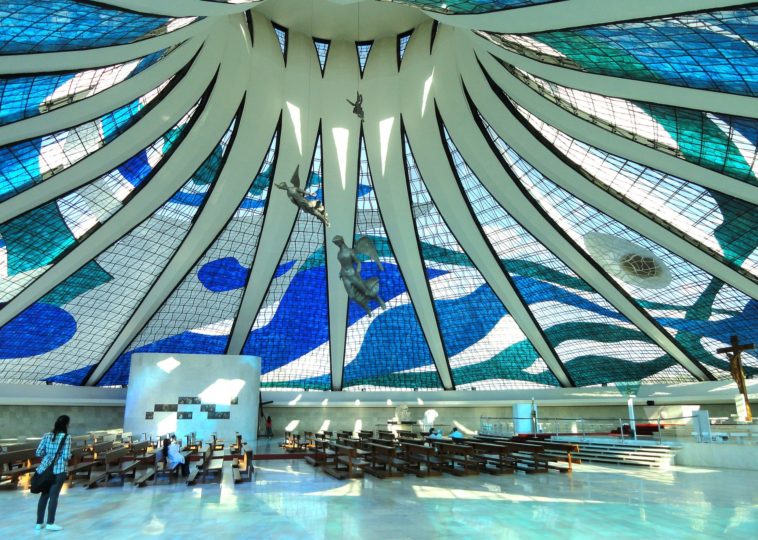 Brasilia Cathedral Roman Catholic central church in the city of Brasilia, Brazil. The hyperboloid style of this church attracts millions of visitors every year. The church is also open to visitors every day, will not allow visitors during prayer times. This church was designed by Oscar Niemeyer, started construction in 1958 and was completed in just two years.

Cathedral of Brasilia dedicated to the Blessed Virgin Mary, Brazilians iron this church as the queen of the country. The church consists of 16 identical concrete columns that have a hyperbolic shape. The church also has a glass roof and the gap between concrete columns is filled with blue and white colored glasses. In bright sunlight, the church makes natural lighting. 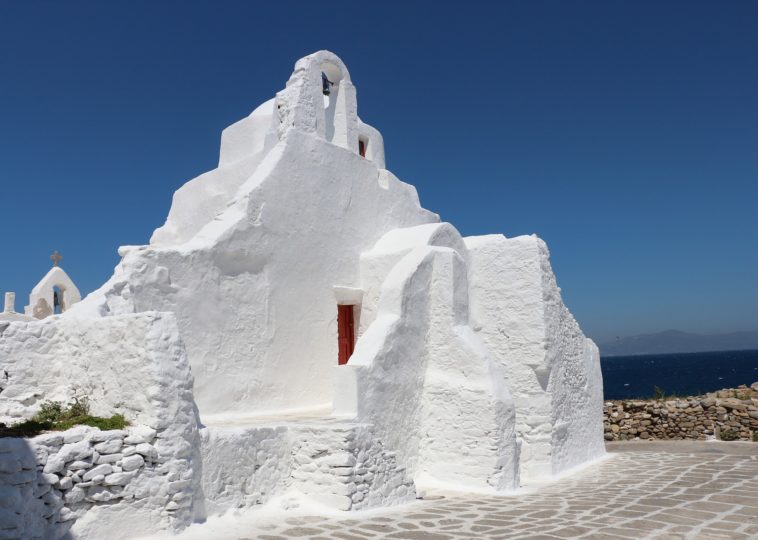 It is the most photographed church on the Greek island of Mykonos. It was built near the gate to the old medieval castle, making the church also known as Our Lady of the Side Gate. The entire complex actually consists of five churches, four churches linked together to form the base complex, and the fifth church built on top of it.

The construction of the Panagia Paraportiani church began in 1425 and was only completed in the 17th century. The oldest of the four is Saint Anargyroi, which was built at the end of the 14th century. The other churches, all in different architectural styles and blending Byzantine, folk ant, traditional and western styles. 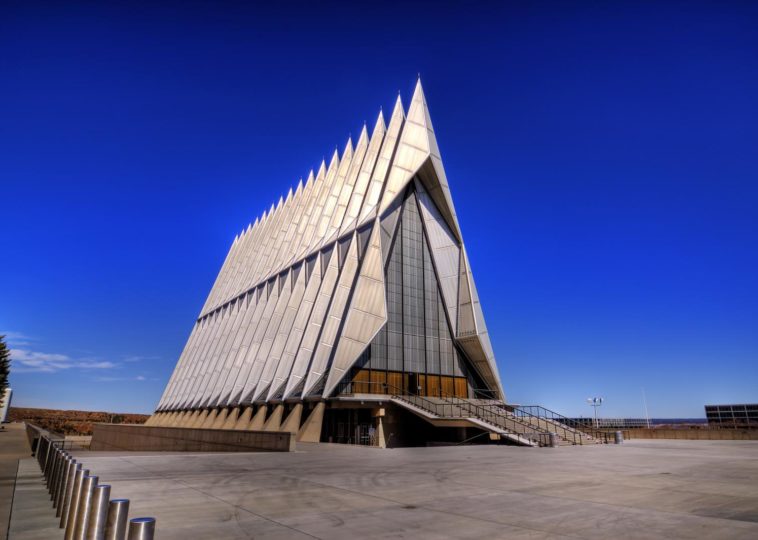 This spectacular church in Colorado was built to meet the spiritual needs of the US. Each chapel has its own entrance, and services can be held at the same time without disturbing each other. The seventeen towers in a row are the most attractive element of this church, made of steel and glass.

This church stands at a height of 150 meters and has a gold anodized aluminum door. It took three years to start building this church, designed by Walter Netsch, from 1959. Netsch’s original plans included a series of gutters just below the aluminum exterior of the chapel towers, but these were not built for budget reasons, and the seams between the panels were instead sold. 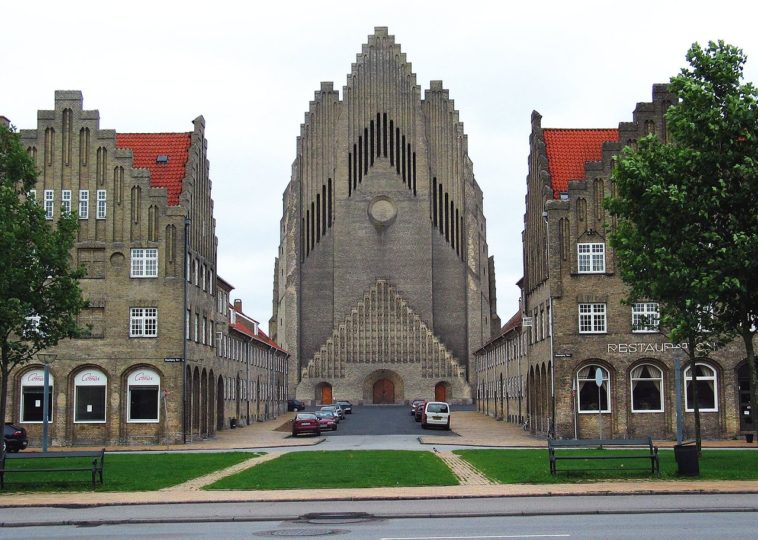 It is the most popular church in Copenhagen, Denmark. The unusual appearance makes this church completely different from that of other churches in the city. Most parts of the red brick church, now all of these bricks darkened through time. It is a rare example of expressionist church architecture.

The church opened to visitors all year round, not allowing visitors at the time of prayers. The church was designed by Jensen Kline, using a mixture of the geometric form of brick expressionism with Gothic styles. 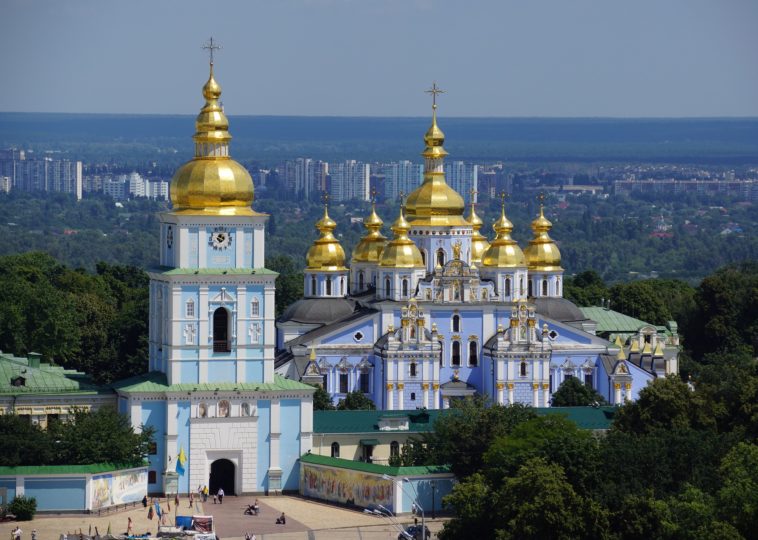 This amazing Golden Cathedral church is located in the capital city of Kiev in Ukraine. This church was the first Russian cathedral with an attractive dome. The golden domes and the blue exterior of this church become a special attraction for the visitor.

The monastery is located on the right bank of the Dnieper on the edge of a bluff northeast of St. The church bell tower is also equipped with electric clocks. Ukrainian baroque style was used for this church when it was rebuilt in the 17th century. At that time six domes were added to the church building. 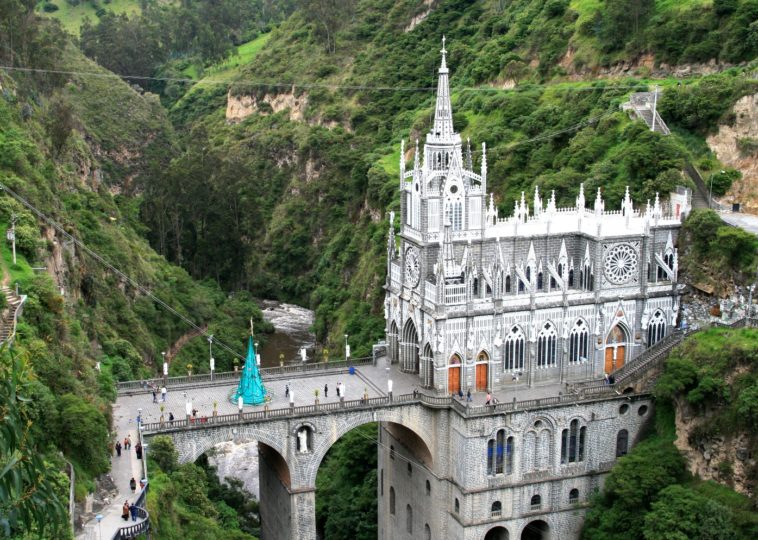 Hidden from the weather in the gorge, the women felt a force calling them, and to their astonishment looked up to see the image of the Virgin Mary on the rocks above. This Roman Catholic cathedral was built between the slopes of the Guitara Canyon in southern Colombia.

This amazing church was built to remember the appearance of the Virgin Mary on a rock within this place. The church was built between 1916-1944 in the Gothic style. Las Lajas Cathedral has been a popular tourist and pilgrimage destination for this place since the 18th century. 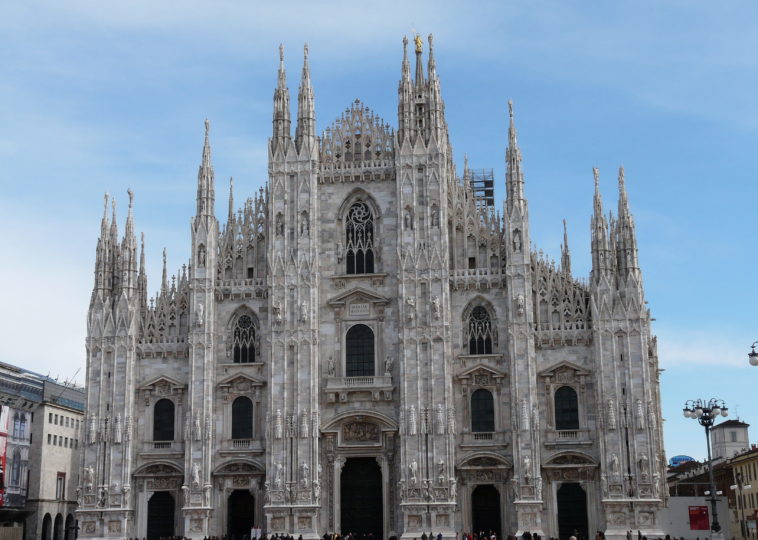 The Milan Cathedral is the fifth largest cathedral in the world in Milan. This cathedral is dedicated to Saint Maria Nascent. It took six centuries for the completion of this huge cathedral, which started in 1386. The peaks and towers on the cathedrals also make a spectacular view.

A bronze statue of the “Madonna” was also placed on one of the main towers of the cathedral. There are also 40 five wide ships, separated by 40 different columns. Millions of bricks are used for the construction of this cathedral, marbles are also used for the design.