People like to visit palaces, monuments, historic walls and popular statues because they tell the stories of times past. At the same time, they unknown many ghostly abandoned places in the world.

In fact, such destroyed places can also reveal a lot of information about people who once lived there, the purpose behind the construction of this place, the lifestyle of the people living there. There is something scary and striking in abandoned places. 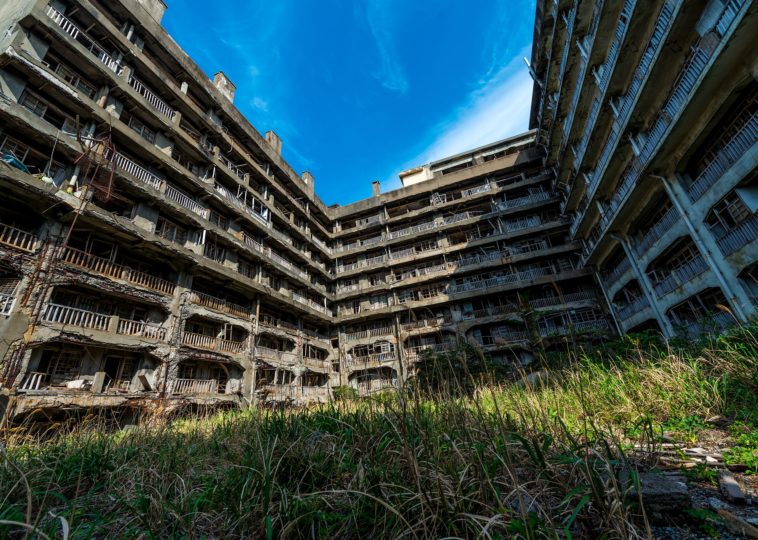 This deserted island is 15 kilometers from Nagasaki, Japan. This island is also known as the ghost island, only broken concrete buildings can be seen here. One of these areas is known for coal mining. In 1890 the Mitsubishi Group brought this island with the intention of producing coal. They also built the country’s first largest concrete structures on the island.

Thousands of workers were living in this mining building at the time. But Mitsubishi Group forced to close the entire project when oil replaced coal in 1960, mining closed in 1974. The island remained closed for the next 35 years and became an abandoned island. In 2009 the Japanese government reopened the trip to this ghost island. 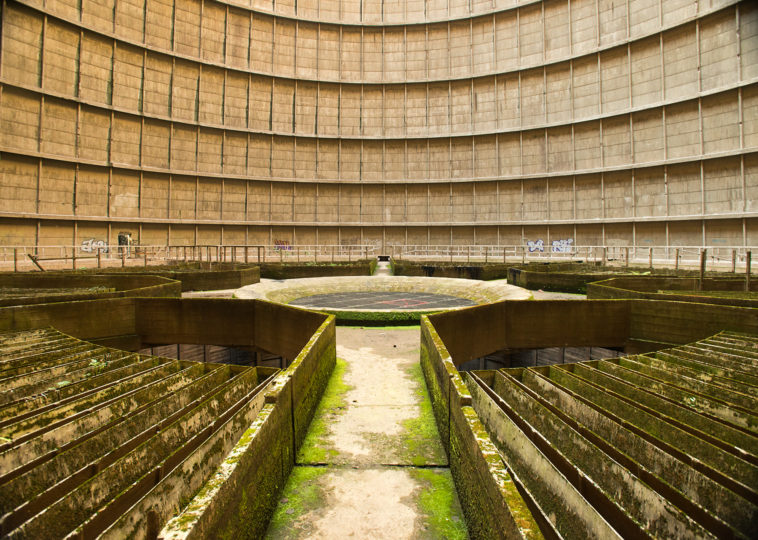 IM power plant built in 1921 and became the main supplier of electricity to the country in a short period of time. However, the high CO2 emissions in 2007 led to the decommissioning of the power plants and the entire area desolate. During the active period, the IM cooling tower managed to cool 480,000 gallons of water per minute. 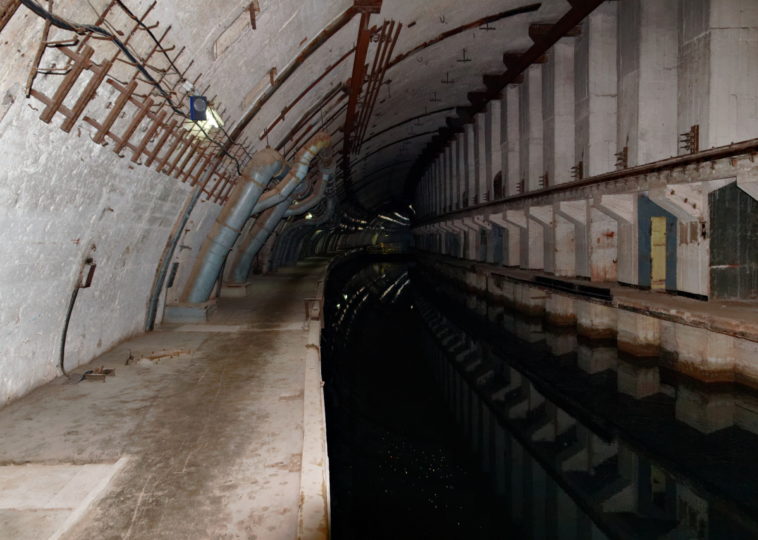 This top-secret military base, which had been hidden from the public for decades, was used to maintain and repair the Soviet Black Sea fleet, an advanced submarine military fleet that was briefly ready for war during the Cold War. Built under nearly 400 feet of rock, the base is considered one of the largest secret military objects in the world. 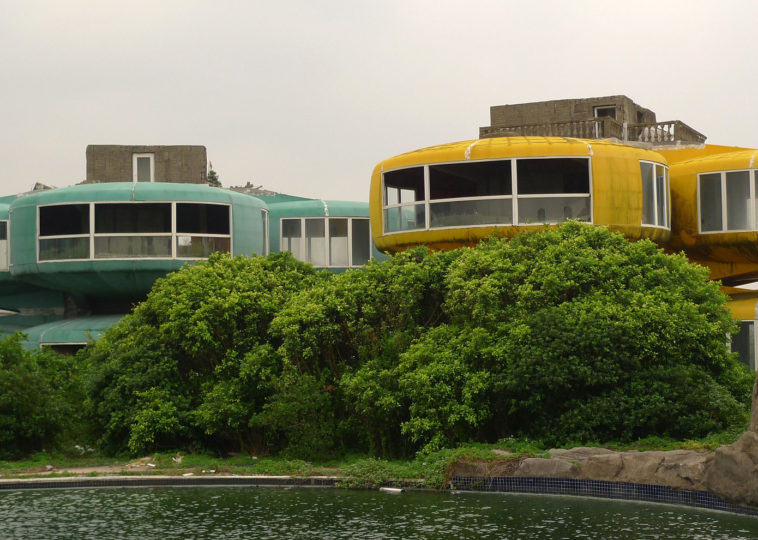 Sanzhi UFO houses are abandoned pod-shaped buildings in the city of Taipei in Taiwan. These UFO houses were built in 1978 as tourist locations. This city has an incredible history. The development of Sanzhi by the sea was supposed to be a luxury resort for the rich, but construction was stopped after strange things started happening on the construction site.

Several construction workers were killed by the fall from the tops of the buildings, although safety ropes were attached. The buildings were due to be demolished in late 2008, despite an online petition to preserve one of the buildings like a museum. 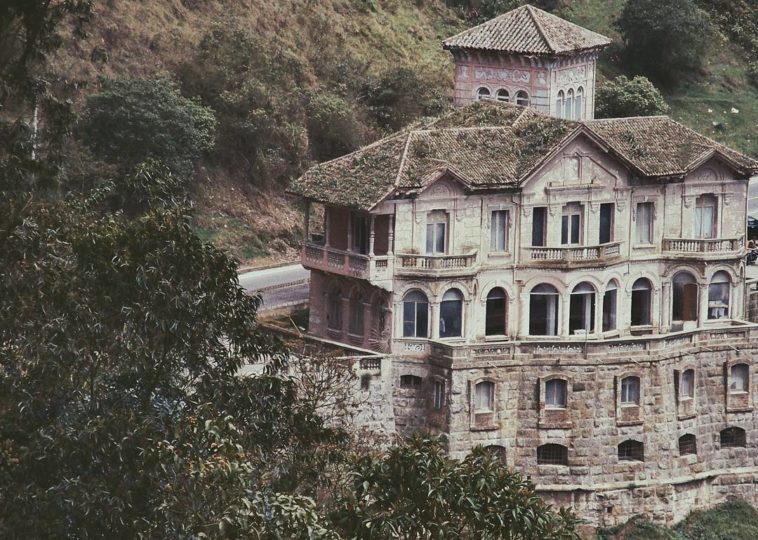 Salto Hotel in the cliffs of Bogota, the capital of Columbia. Actually exactly opposite the 157 meter high Tequendama waterfalls. Salto Hotel opened in 1928 to serve tourists who came there to see the waterfalls. From the hotel, visitors can also enjoy a breathtaking view of the surroundings.

The tourist lost interest in visiting the Tequendama waterfalls when the Bogota river that connected it was polluted. Year after year, the management of Hotel Salto saw a sharp drop in visitor numbers and they closed the hotel in 1990, which was abandoned forever. 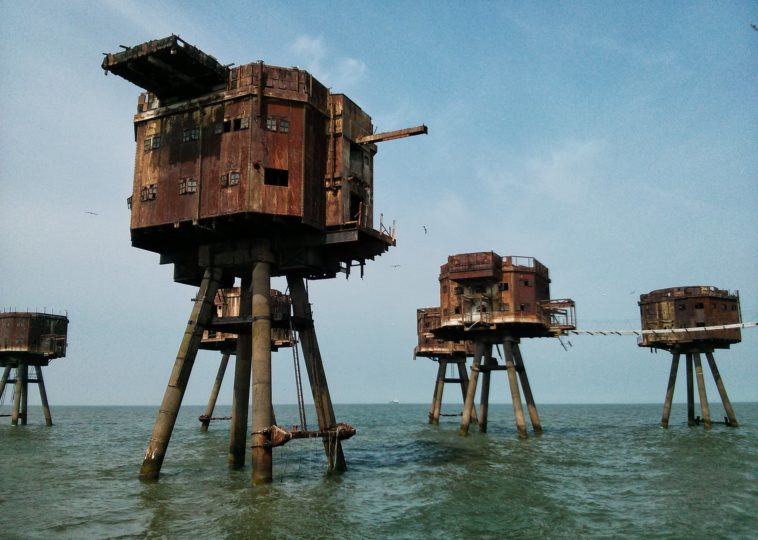 Maunsell forts in Thames Estuary area in England operated as naval and army forts. Wells movie adaptation, these huge metal towers in the Thames Estuary were actually built to protect England from German air raids during World War II. The main purpose of these forts was to provide anti-aircraft fire.

These towers are located in the sea at a depth of 30 meters. There are a total of seven towers, the main control tower in the centers, which connect with reaming towers through catwalks. Many species of fish used to live near the fortress because these towers created a cover in the sea.