The historical places in India reflect many old architectural styles and cultures. India is known for its rich heritage, its culture and its architecture is adorned with many forts, palaces, archaeological ruins, temples, churches. With thousands of years of rich history, India is blessed to have many beautiful and historically important monuments across India.

In the north, we have many fortresses, palaces, minarets and mausoleums that were built during the Mughal period and during some other rulers in the 11th-12th centuries. In the west, there are many beautiful and forts and palaces made by Rajputs and other kings of Rajasthan. During British rule, there were also many rich additions to this list of the top monuments in India. 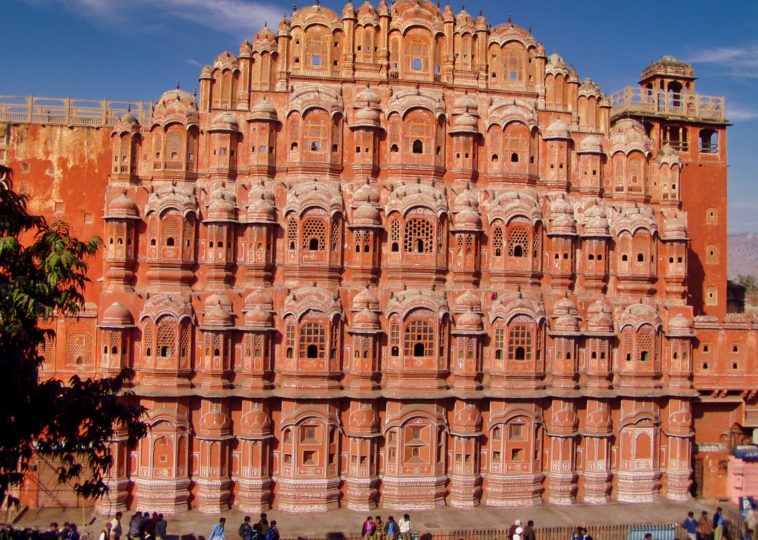 Hawa Mahal is also known as the Palace of the Winds, one of the most beautiful tourist attractions in the city of Jaipur. This beautiful palace was built in 1799 by Maharaja Sawai Pratap Singh. This pink sandstone palace is said to have been built in the form of a crown by Lord Krishna.

Hawa Mahal is also the realization of Rajputana architecture. The pyramid shape and 953 beautiful windows make this place unique, remains the city’s main attraction. The interior of this palace has long passages and looks very flat. In fact, this palace has no stairs to reach the top, different floors are connected by slopes. 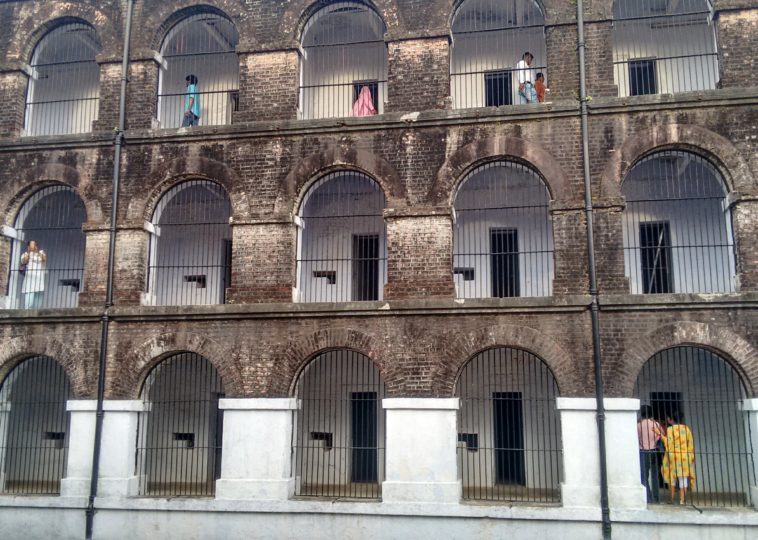 Cell prison is also known as Kala Pani in Andaman and Nicobar Islands. This complex was a silent witness to the torture that Indian activists faced for independence. Every single corner of the cell prison got stories of resistance, sacrifice, and suffering from great Indian activists.

The notable freedom fighters such as Barindra Kumar Ghosh, Upendranath Banerjee, Hem Chandradas, Ullaskar Dutta, Bibhuti Bhushan Sarkar were detained in the cell prison. There are 696 cells inside the cell prison, each for each person, which is why it is called a cell prison. 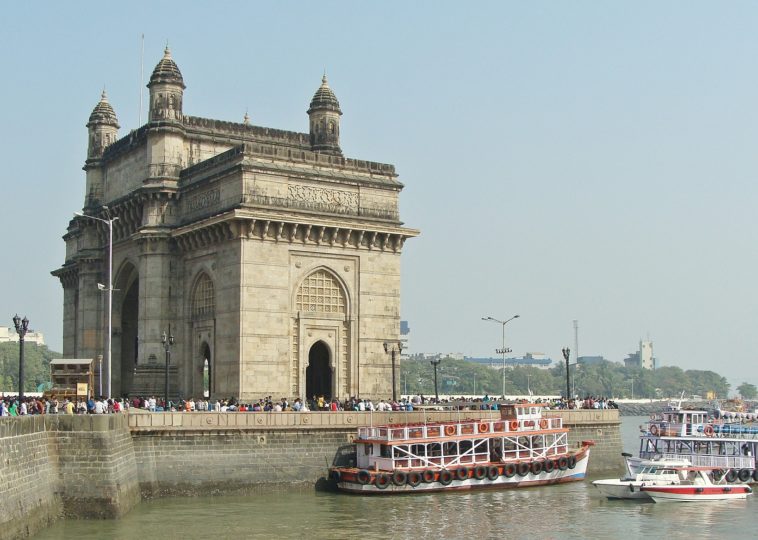 Gateway of India is Mumbai’s most notable landmark. The construction of the Gate of India completed in 1924, the foundation stone was laid in 1911, used Indo-Saracen style of architecture. The main intention behind the construction of this colossal building is to commemorate the arrival of King George V and Queen Mary in Mumbai, who visited in 1911.

Gate of India has great importance from British India and British emperors. Visitors can also see the statue of Chhatrapati Shivaji Maharaj opposite this monument, a 17th-century Indian warrior king.

Charminar is the signature of the city of Hyderabad just like the Taj Mahal for Agra. The Indo-Islamic architectural style was used for this monument, made of granite, mortar and powdered marble. There are four exquisitely shaped 56 meter high minarets on every corner of the building, which also have double balconies.

There are 149 winding steps towards the top floor of Charminar, which is dedicated to space for prayers. There is also a wonderful underground tunnel that connects Charminar with Golconda. 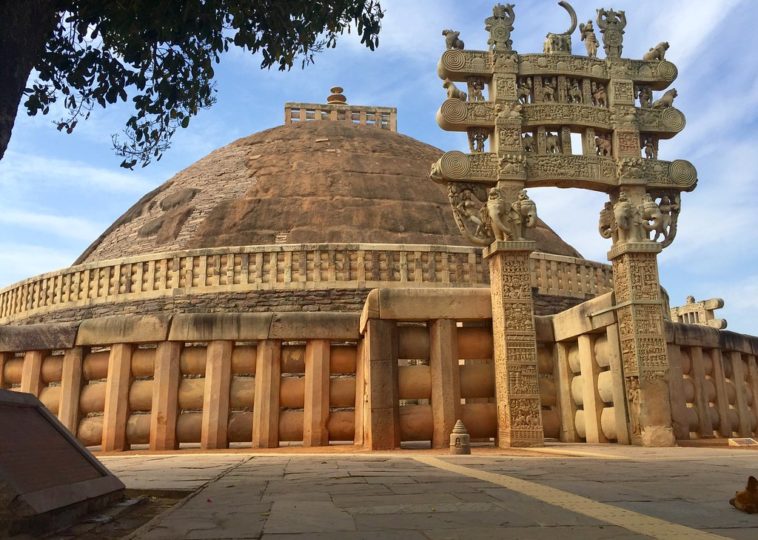 Sanchi stupa is the oldest stone structure in India, also one of the most popular Buddhist monuments in the country, located in Raisen of Madhya Pradesh State. Sanchi Stupa has a dome-shaped bracket that is surrounded by circumferential paths.

The crown of the Ashoka pillars is actually located here, from which the national emblem of India is derived. The four main gates in Sanchi Stupa portrayed scenes from the life of Buddha. Many carvings and paintings of Buddha can be found in this stupa that has Mauryan polish. 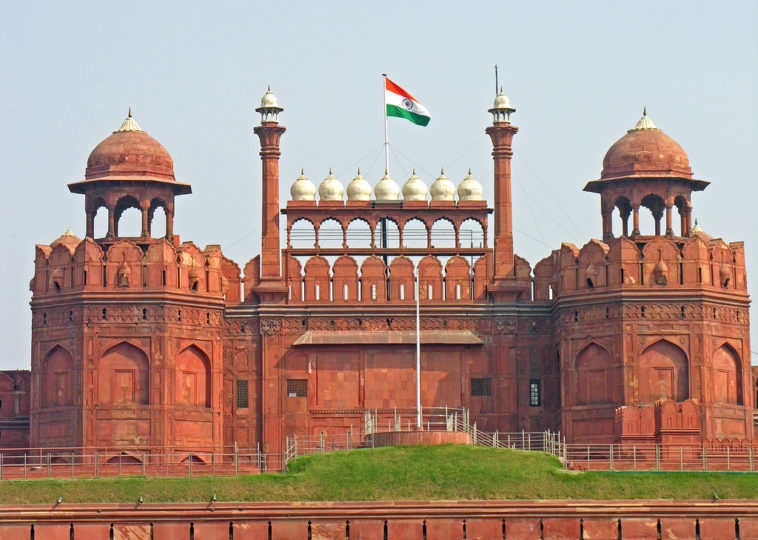 Red Fort is one of India’s most iconic symbols, listed in Delhi, on world heritage sites. The red fortress reflects the architectural styles of Mughal, Hindu, Islamic, Persian and Timurid. Red fortress on an area of 254 hectares has an octagonal shape.

It was Persian, European and Indian works of art used for the decoration of Red Fort. The Kohinoor diamonds used to decorate red fortress also reflect the beauty of the artwork. Every Indian Independence Day since 1947, the country’s prime minister hoists the national flag at the main gate of the red fortress, at the Lahori Gate.