As you know, two-thirds of this world is covered by water, so without underwater exploration, you will never be a perfect tourist. It can be coral reef structures, underwater museums, destroyed ships or amazing underwater hotels. Many brave hearts have dared to dive into the sunken realms and discover places and landscapes that will leave all mortals stunned.

This treasure trove of both natural and human-made underwater wonders offers some incredible sights. Under the sea is a world that is dreamy and magical, filled with unexpected color, haunted by shadows of sound. People have gone to great lengths to do nutty things underwater. Some underwater activities, such as diving and snorkeling, are quite common. 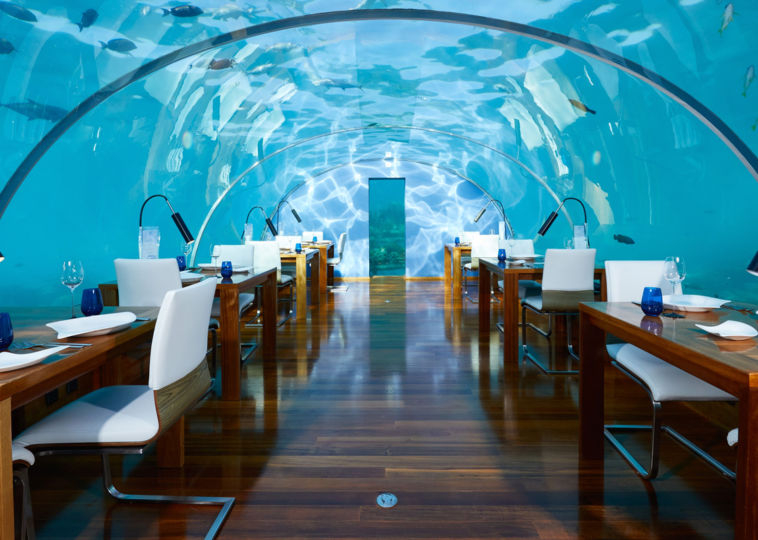 Besides, the Maldives Islands have the most spectacular beach in the world, can be enjoyed best. Dine five meters below the surface of the sea, in the world’s first underwater restaurant, with a panoramic view of the coral garden and fusion menus combined with fine wines. 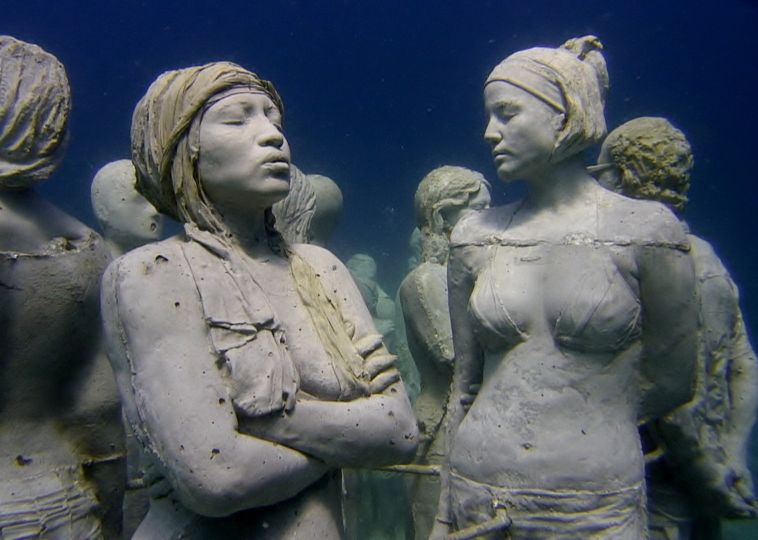 Have you ever wondered what it would be like to visit an underwater art exhibition? Now you can with this unique underwater attraction that can be found just off the coast of Cancun, Mexico. This place is a sub-aquatic sculpture garden about 4 to 8 meters below the surface of the sea.

Salon Manchones is located off the coast of the Isla Mujeres and is eight meters deep, therefore only recommended for diving. People from all over the world come every year to visit its fantastic turquoise and crystal clear water. Cancun happens to be one of the most visited vacation destinations every year due to its fantastic location, moreover, with great Mayan history and delicious cuisine traditions. 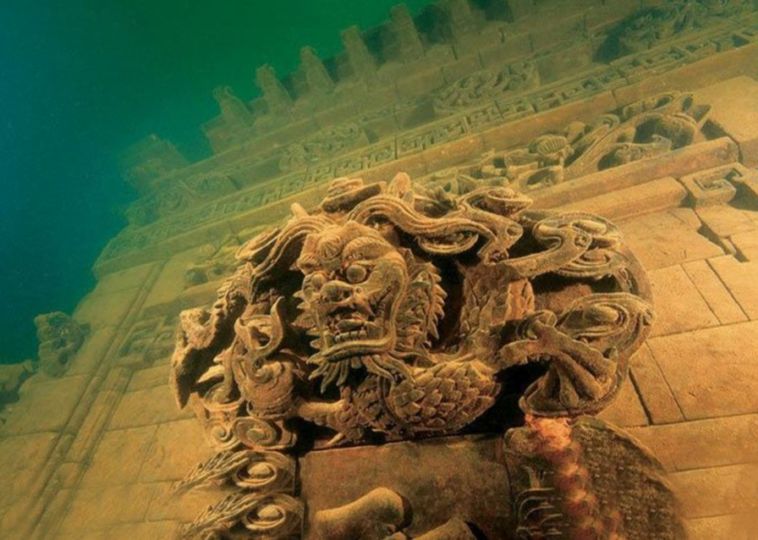 Lion City was once known as the thriving city of Shi Cheng, which was built around AD 25-200 and consisted of around 62 soccer fields in the area. This city now lies in a lake between the Five Lion Mountain at about 85-131 feet underwater. The city was deliberately flooded in 1959 to build a hydroelectric plant.

A labyrinth of white temples, memorial arches, cobbled streets, and houses are hidden 130 feet underwater, and this is China’s real Atlantis. The so-called lion city, hidden in a lake between the five lion mountains, was once Shi Cheng, the center of politics and economy in the eastern province of Zhejiang. 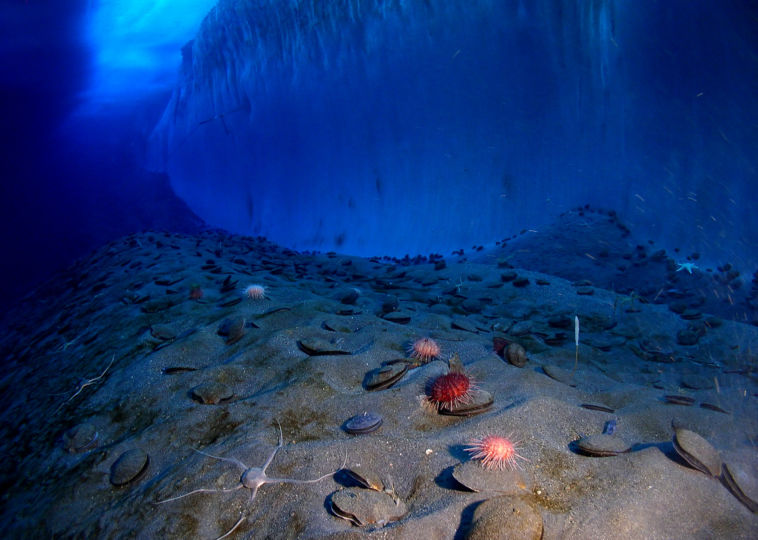 The area with ice-clogged waters and a McMurdo Sound ice shelf are a source of relevant research for scientists. The fantastic ice formations on the surface and the breathtaking underwater world in McMurdo Sound are hidden from the curious eyes of the people.

The wildlife is also awe-inspiring here: orcas, seals, Adelie and emperor penguins are only a few of the Antarctic animals that have been spotted in McMurdo. McMurdo Sound, Antarctic Bay that forms the western expanse of the Ross Sea, lies on the edge of the Ross Ice Shelf, west of Ross Island and east of Victoria Land. 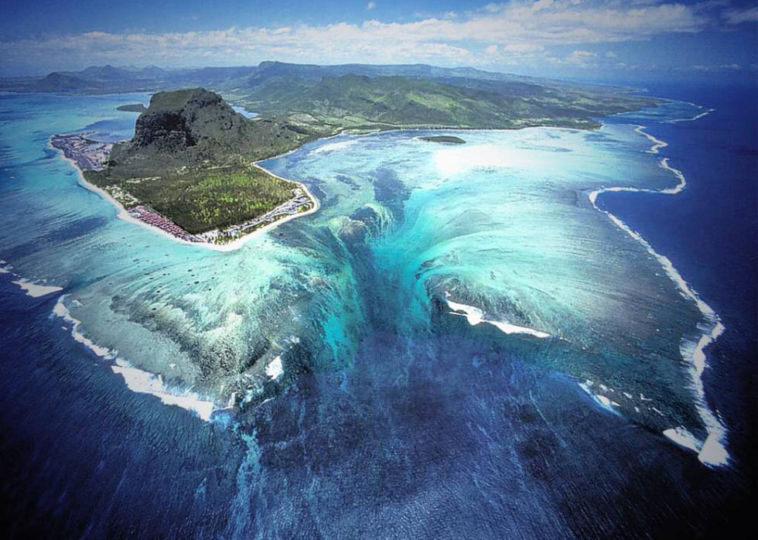 Right off the coast of Le Morne, in the southwest of the island, Mauritius offers a spectacular illusion. Sand and silt runoff on the ocean floor in a way that makes it look like they are pouring down a waterfall, or like the whole island is sucked into a huge drain.

It’s just the flow of underwater currents that create a dramatic picture. Mauritius is one of the younger islands on this planet that was formed by volcanic activity under the ocean billions of years ago. The island is now on a submarine plateau or ocean shelf, a region that rises above the surrounding ocean floor.