Helsinki seems to be off the usual Scandinavian tourist trail. That’s a pity because Helsinki is a pleasant surprise. The bus tour is a great way to get a look at the outstanding architecture that’s everywhere in the city, as well as the neighborhoods and the beautiful green spaces and waterfront.

The center is compact and even if you only have one day in Helsinki, you can cover most of the highlights. And don’t forget to walk and explore the least touristy places, to discover the small shops that are hidden and the best local restaurants for a delicious dinner! 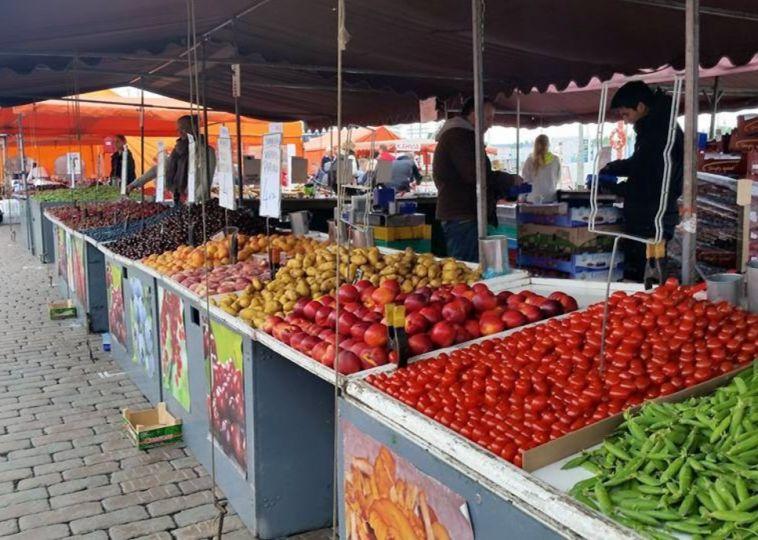 Right on the harbor, there is a market where you can do many souvenir shopping, eat some local food. And buy fresh vegetables (and many fresh berries in the summer). This place is usually full of tourists, but enough Finnish are there to know it is not a complete tourist trap.

There is also a covered part of the market where you can find pastries, fish, meat and cheese. It is the perfect place to eat Finnish famous white sausages while enjoying a day at the market. The main market square of Helsinki (Kauppatori) is located next to the Havis Amanda in a public square next to the harbor. 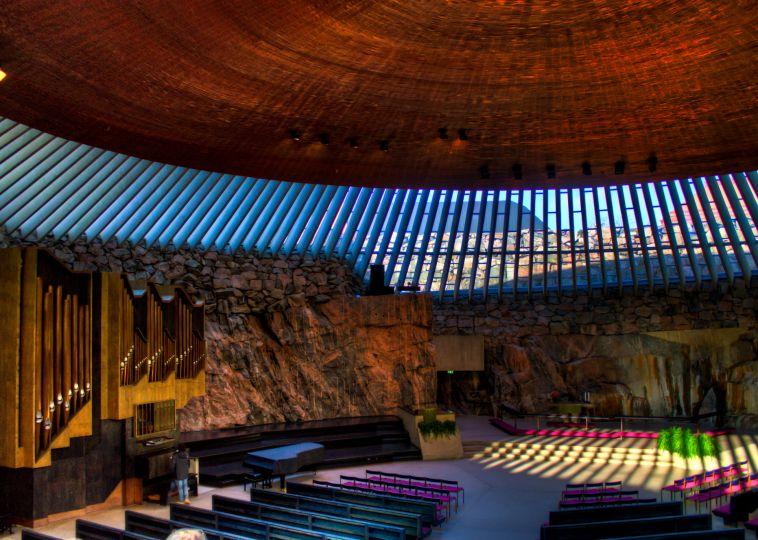 Helsinki’s Rock Church (Temppeliaukio Kirkko) is one of Helsinki’s landmarks to see. The remarkable thing is that the church was carved directly from the granite rock in the center of Helsinki. The church was designed in 1961 by the brothers Timo and Tuomo Suomalainen for an architectural competition and inaugurated in 1969.

The Rock Church is a popular concert venue today due to its excellent acoustics. There are two floors, so do not forget to go to the second before you leave, from where you have a panoramic view of the whole church. The fuchsia accents catch your attention and the rock walls make this church a masterpiece. 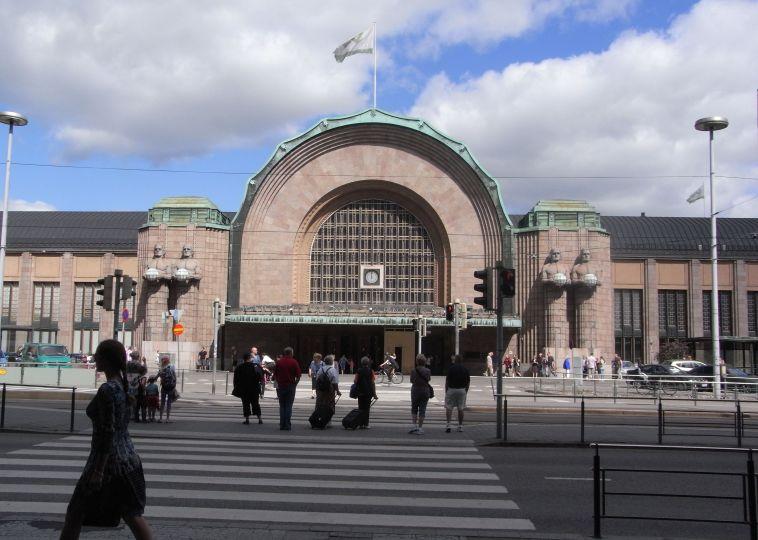 The main features of the building are the clock tower and the four Steiner statues with ball lamps. The sculptures are so iconic that the Finnish railway company used them as mascots and even delighted in rap song advertising. 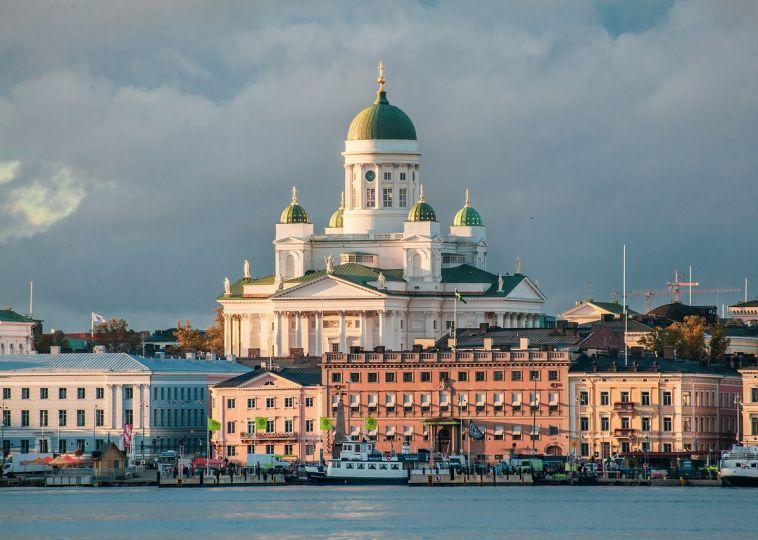 It is one of the most famous monuments and one of the must-do things in Helsinki. As soon as you see this stunning building, it will surprise you. Its massive columns, its large doors, the bright green domes adorned with stars are the finishing touches.

Only the precious orange lamps hanging from the ceiling and the vast organ crowning the central part of the cathedral stand out. Right next to the Bank Museum is Helsinki’s colossal cathedral. It towers over the surrounding square and inspired a few Wows. 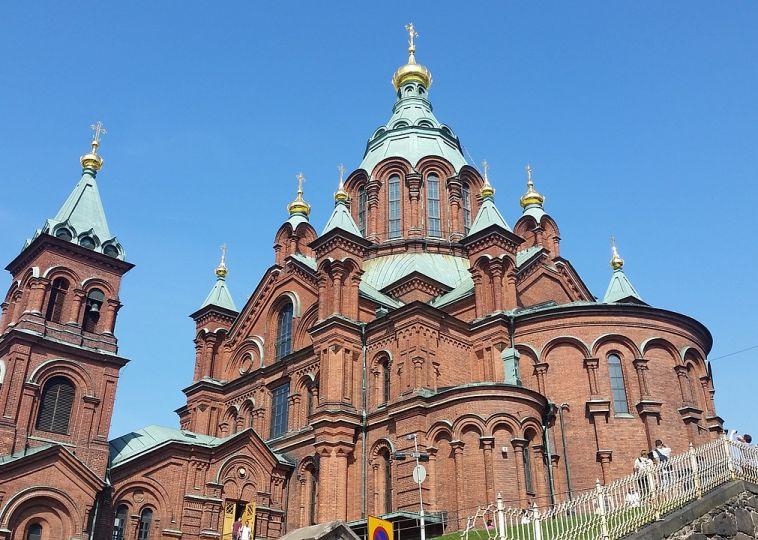 After passing the Bridge of Love, full of many colorful locks, you can find the Uspensky Cathedral. Once inside, the smell of incense is strong, the walls are full of paintings and the golden color outweighs all of them. This sizeable red church is hard to miss as it sits on a hill overlooking the city.

This Orthodox church is massive and very impressive with its large domes and golden crosses. The interior is also lavishly decorated with typical orthodox icons. This red tile with a green-domed cathedral, crowned with orthodox crosses, brings you immediately to Russia.