From roller coasters that you fall on a single track to trains that spin as you start uphill, this season’s roller-coaster class offers surprisingly fresh and record-breaking ways to ride. There’s nothing like the thrill of a roller coaster ride.

Notable roller coasters such as Formula Rossa, Kingda Ka, Top Thrill Dragster, Dodonpa and Superman: Escape from Krypton can exceed a lightning-fast speed of 100 mph. For a few minutes of pure, unfiltered, screaming fun, nothing beats a roller coaster ride. 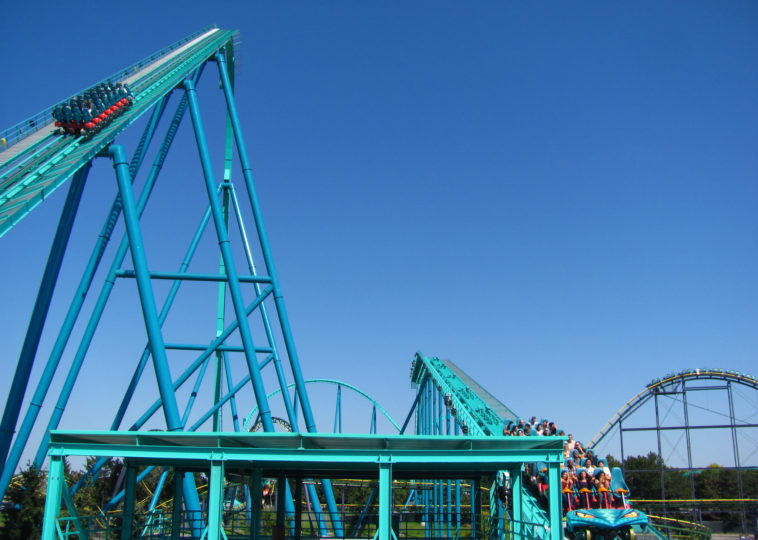 Leviathan is the highest and fastest roller coaster in Canada. The first hill of Leviathan is 306 feet tall and the ride will reach the maximum speed of 92 mph after the first drop. The total length of the route is 1672 meters and the angle of the first drop is about 80 degrees.

There are three company trains for this roller coaster, and they have the Leviathan Sea Monster theme. After the first drop from a height of 306 feet, the ride follows a 183-foot camelback hill and a surprising 115-degree hammerhead rotation. 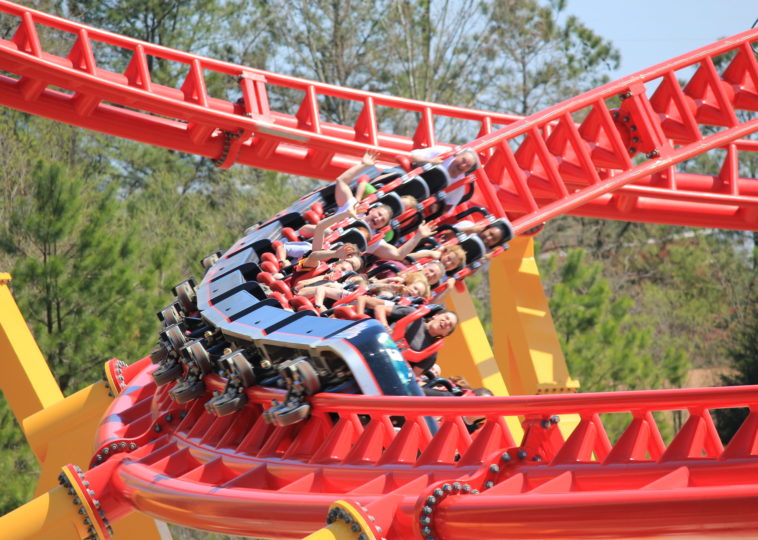 Intimidator 305 is the tallest and fastest roller coaster in the US. The first drop of the intimidator measures 300 feet and has a maximum descent angle of 85 degrees. The Intimidator 305 reached 90 mph at top speed. In the same year, entertainment today voted Intimidator 305 Best New Roller Coaster of 2010. 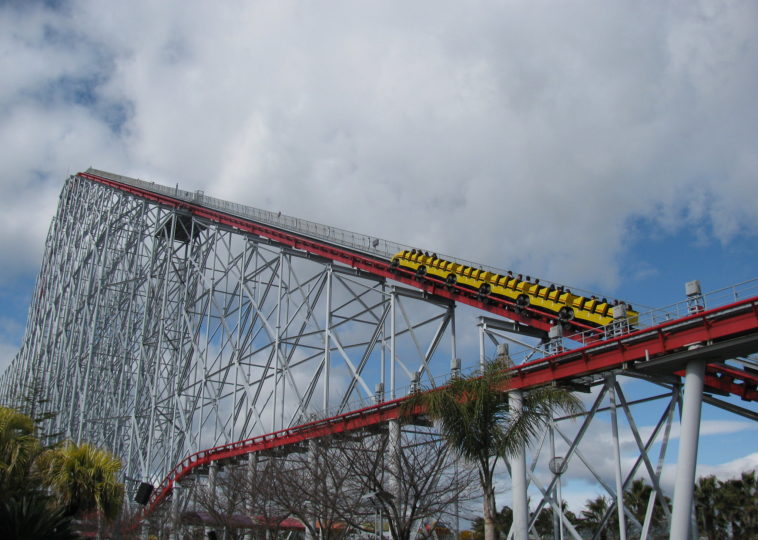 There are also two hills along the route that are 250 feet and 210 feet high, respectively. This roller coaster also contains more steals than any other earthquake protection roller coaster. Steel Dragon 2000 is a steel roller coaster in the Nagashima Spa Land amusement park in Mie Prefecture, Japan. 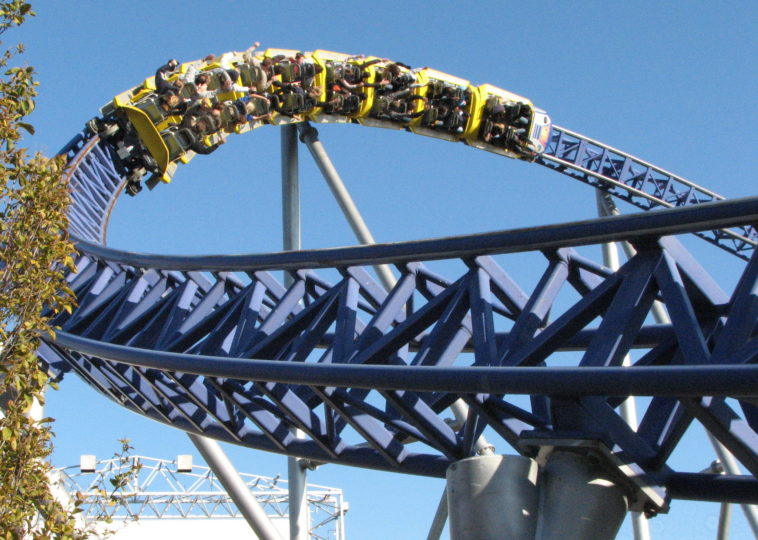 Millennium Force is the world’s first Giga roller coaster, roller coasters with heights of between 300 feet and 399 feet. It was the tallest and fastest roller coaster in the world when it opened in 2000. It was surpassed by some other roller coasters in the years that followed, both in terms of speed and height.

This roller coaster has three trains with nine cars. The journey in the Millennium Force is 80 seconds. The roller coaster also follows two tunnels, four hills and three banked turns during its ride. 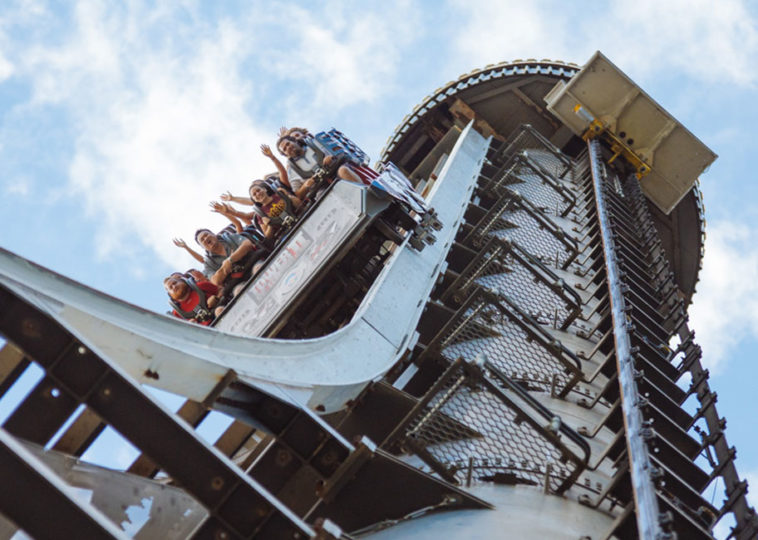 Tower of Terror II in the Dreamworld theme park is the fastest roller coaster in Australia. It has a horizontal track 3-5 meters above the ground and its vertical tower spans 38 floors to the sky. The horizontal route extends over an area of 330 meters across the park.

The horizontal route extends over an area of 330 meters across the park. Tower of Terror II uses a linear motor system that accelerates from 0 to 161 km/h in a matter of seconds. It offers passengers during their journey to heaven and then free fall to earth. 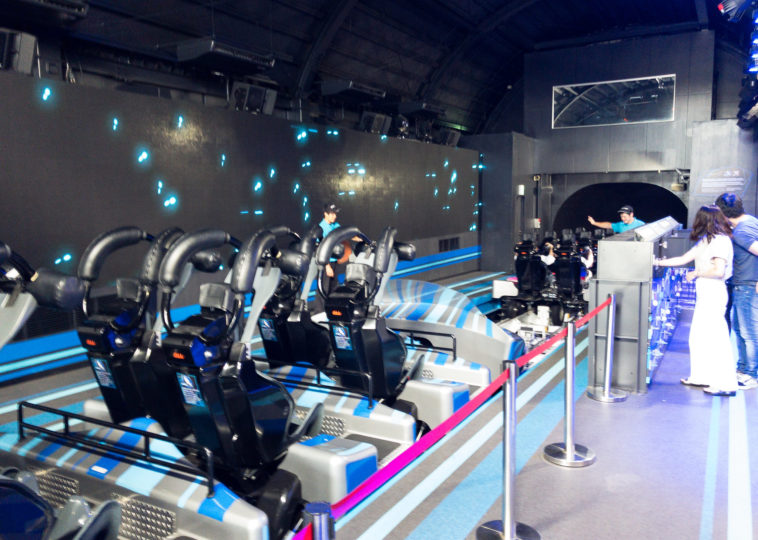 It will also reach a height of 52 meters during its journey. The ride goes up to 107 mph in 1.8 seconds. It is impressive 2.7 times faster than the acceleration due to gravity. In this way, Dodonpa offers its drivers a swimming experience. 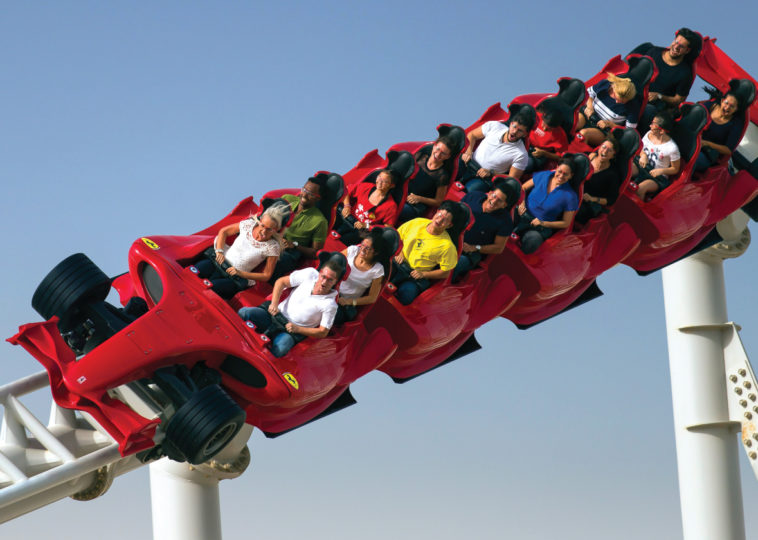 Such a blazing acceleration is 4.8 times faster than the free fall. The Formula Rossa circuit is 2.2 kilometers long and has the theme of the Italian Autodromo Nazionale Monza circuit. The journey comprises four trains with four cars.